Kaizer Chiefs coach Gavin Hunt is unfazed by what could turn out to be a hectic February schedule as he revealed that next Wednesday they will leave for Egypt, the neutral venue of their Caf Champions League match against Wydad Casablanca.

After they failed to secure Moroccan visas for their Group C match against Wydad last Saturday, the match has since been postponed to February 28 after Amakhosi rejected the proposed February 19 date.

An official announcement of the date agreed to by both Chiefs and Wydad is due to be made, according to sources at Caf.

Chiefs’ difficult schedule starts on Wednesday when they host AmaZulu in a league match, before welcoming SuperSport United on Saturday.

They then remain at home again where they will entertain Horoya in a Champions League match on Tuesday before flying out to Egypt the following day for the Wydad match set for Cairo’s Al Salam Stadium.

“We want to also do well in the Champions League,” Hunt told the Chiefs website.

“We’ve got two games in the league this week, then next Tuesday we are playing a Champions League game and then we travel to Egypt the next day. It will be a tough two weeks, but we enjoy it – we prefer to play.”

It is not yet clear if the Moroccan Botola Pro League match between Wydad and RS Berkane that was scheduled for February 27 will be postponed.

Hunt’s anticipation of a tough but enjoyable two weeks comes on the backdrop of Chiefs spending nine days without being involved in competitive action.

The postponement of the initial fixture against Wydad allowed Chiefs rest after a crammed schedule since January.

“The programme was hectic, so it was a bit of a blessing not to travel so far,” said Hunt.

The focus for Hunt and his men is currently on rejuvinated AmaZulu who have not tasted defeat in their last six league games. Interestingly, it was Chiefs who last claimed a league win over Usuthu. “I’m aware that AmaZulu are a much-improved outfit since our last meeting in January,” said Hunt.

“They are good side who have invested heavily in their team. They have a new owner who’s ambitious. Benni McCarthy has come in there and they have done well. It will not be an easy game because they can also be aggressive, and we need to match that. What’s important for us is to start better in the second round, than we did in the first round.”

Wed Feb 17 , 2021
The tactician, however, said he is elated by how his charges took on the West Africans in Nouadhibou Tanzania U20 head coach Jamhuri Kihwelo has blamed lack of experience for their 4-0 defeat to Ghana in the Africa Cup of Nations opening game on Tuesday in Mauritania. The Black Satellites romped to a […] 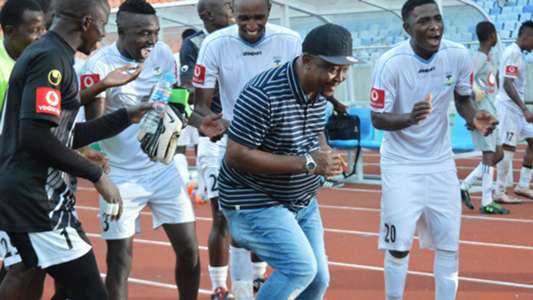