Riaan Hanamub opened the scoring to make it 1-0 to Chippa with four minutes left on the clock and it was his first-ever goal for the Chilli Boys.

However, Abdel Suanon equalized for Stars in the 88th minute and the match ended in a 1-1 draw in regulation time and extra-time followed.

Starstook a 2-1 lead in extra-time through Stephen Tau, but Andile Mbenyane scored an important Chippa equalising goal to ensure that the match went into a penalty shootout.

Chippa booked their place in the Last 16 after winning on penalties and their coach Dan Malesela will be hoping to win his second Nedbank Cup trophy having won his first with TS Galaxy in 2019.

Meanwhile, Swallows FC secured a 1-0 victory over Cape Umoya United in a match which was played at Dobsonville Stadium.

The score was 0-0 at the interval after the NFD side contained Swallows in the first-half with Kgaogelo Sekgota having missed a sitter.

However, Sekgota made amends in the second-half as he was involved in the build-up as Kamohelo Mahlatsi scored the only goal of the match in the 56th minute.

The win saw the Beautiful Birds progress to the Round of 16 for the first time since 2014.

At Profert Olon Park, Ovidy Karuru inspired Black Leopards to a 2-1 win over Jomo Cosmos as the Zimbabwe international grabbed a brace.

All three goals were netted within the final eight minutes of the match with Karuru opening the scoring in the 82nd minute.

Khethukuthula Zwane then levelled matters for Cosmos a minute later and the two teams pushed for the winning goal.

Karuru proved to be the hero for Lidoda Duvha as the former Kaizer Chiefs winger hit the back of the net with two minutes left to seal Leopards’ win over their NFD opponents.

The result saw Leopards advance to the Last 16 for the first time since 2019 in a day which saw their PSL rivals Chiefs being eliminated by NFD club Richards Bay.

Sun Feb 7 , 2021
The South Africa international put up an impressive performance to help the Rossoneri return to winning ways at home Refiloe Jane shone brightly as AC Milan bounced back to winning ways in a 4-1 victory over San Marino in Sunday’s Serie A tie. The 28-year-old, who was handed her 11th […] 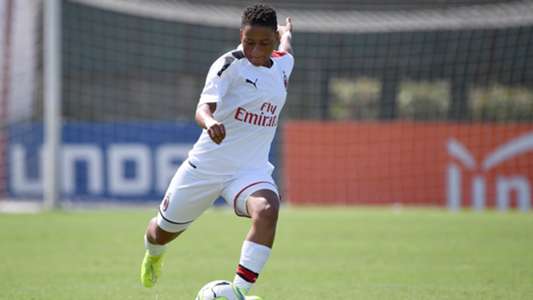