Orlando Pirates went into their Nedbank Cup Last 32 match against Uthongathi FC as clear favourites to advance to the next round.

However, the Buccaneers had to dig deep for a 1-0 win over the National First Division (NFD) side, who gave a good account of themselves at Orlando Stadium.

The only goal of the match was netted by Frank Mhango in the 63rd minute and the Malawi international cut a relieved figure after hitting the back of the net.

The win saw Pirates advance to the Round of 16 after securing a hard-fought win, while Uthongathi defender Xolani Slawula, who frustrated the Bucs attackers, was named Man of the Match.

Football fans took to Twitter to share their thoughts on the game and many of them were not happy with the Buccaneers’ performance against Cane Cutters.

Orlando Pirates Needs To Be More Clinical If We Want To Win This Nedbank Cup. Well Played Gents @orlandopirates 👏👏 #NedbankCup2021

They did put in a good shift. Pirates will go to bed knowing they played a competitive game. #NedbankCup

This Pirates is going to get 6 – 0 in the not so distant future; mark my tweet, hehehehe..#NedbankCup2021#NedbankCup#OnceAlways #DStvPrem pic.twitter.com/M2Z4bbHasL

Fair play to Uthongathi, they gave a very good account of themselves against a top flight club today. 👏🏿

Always fun, at least for the neutrals, when a lower division side puts in a solid, fearless performance against one of the big boys. That’s what the #NedbankCup is all about!

Imagine that smash and grab against Uthongathi fc😂 😂 😂 🤣

@orlandopirates we won against Uthongathi but we could have won that game first half, instead people were missing chances. We lose games because People are missing chances not because we are a bad team.

Uthongathi played very well actually; comfortable on the ball, & good build up 4rom the back! Problem they didn’t have an outlet 4rom those build ups! They even missed a sitter b4 Pirates eventually scored!🤷

@Ngizokhuluma you see how we judge a player. You see the point I raised by telling you about his positioning? Mundele is a damn good player.. All we need is him getting a chance and today he was supposed to have started against Uthongathi.

The way I was so scared. Loosing against Uthongathi was going to make us a laughing stock to our noisy neighbours🙄. All sorts of hashtags were going to be started. Imagine #FriendsOfUthongathi

Mina im not swayed ngam emotions ibhola needs you to play it for you to understand certain things… people expected us to walk all over Uthongathi forgetting these boys wana also go to the big time and they’ll perform i know this from experience.

We don’t have to undermine them hey. Uthongathi gave our neighbors hard time. We hoping for the best ✌✌✌

Sat Feb 6 , 2021
An early goal at Villa Park was enough for the hosts to bounce back to winning ways after Wednesday’s loss Ahmed Elmohamady praised his Aston Villa teammates after they secured a 1-0 win over Arsenal in Saturday’s Premier League encounter. Ollie Watkins’ opener in the second minute separated both teams […] 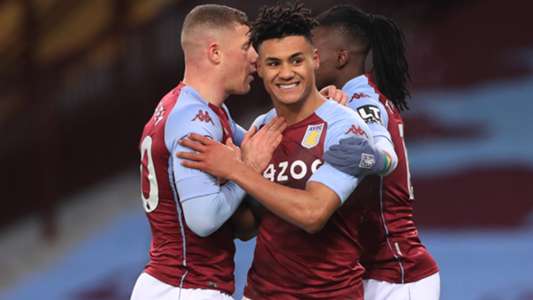