Rival fans also took to social media to mock the the Glamour Boys, who have now lost two matches in a row

Kaizer Chiefs were stunned by Richards Bays in the Nedbank Cup Last 32 match which was played their home ground, FNB Stadium, on Sunday.

The Soweto giants were under pressure to return to winning ways after losing to their arch-rivals Orlando Pirates 2-1 in a PSL match last weekend.

Amakhosi suffered a shock 1-0 defeat to Richards Bay with the visitors scoring through Thabani Dube and Siyabonga Vilane.

While Leonardo Castro’s goal proved to be a consolation goal for Chiefs and their coach Gavin Hunt admitted that it was an embarrassing defeat after losing to a National First Division side.

Chiefs fans took to Twitter to express their surprise and disappointment following the encounter, while some criticized Hunt and questioned his team selection.

Daniel Akpeyi is a pastor not a goalkeeper. This guy is costing us and Gavin Hunt still field him. Yes, Khune made mistakes but we’ll know he is not that bad. If Hunt keep on fielding Akpeyi, Kaizer Chiefs will be a laughing stock waya waya. #KaizerChiefs #Amakhosi4Life pic.twitter.com/vEO0eL8WNs

Chiefs is a misfit to Hunt! He found the rot already there!!

Chiefs can’t be fixed by Coaches like Steve, Ernst and Hunt.

I don’t know what happened to Bra K he used to bring Coaches that add value not what we’ve been seeing for the past 5 years.

I’d like to congratulate kaizer chiefs for this big win 💔😂we appreciate you#KaizerChiefs
Gavin hunt pic.twitter.com/IzzWDqHvPA

Chiefs are embarrassing and Gavin Hunt must take the blame if Chiefs lose this game.

We may be upset with the results, but I’m quite sure that the game itself wasn’t favouring us. There’s no sense of urgency no hunger to win the game. I’m not disappointed but I’m worried about the dignity and integrity of coach Gavin Hunt. #Chiefs is no longer the same.

Hunt has failed Chiefs, I said it long ago Hunt is another clueless coach but he is winning in conclusion Hunt is a winning scam 😡😡😡😡

You still defend Hunt even after this? Wow you’ve faith 😂
Chiefs has one tactic, get the ball in the cross and pray for a miracle that it lands in our strikers head 😂😂😂

I understand where you’re coming from but Chiefs have been in decline for year. Hunt didn’t find Bayern Munich like team at chiefs. For more than 15 years we have been declining and all because management neglected the team and responded with arrogance to our concerns.

No coach can achieve anything with chiefs material, Hunt is no trial and error, his quality is a guarantee…

Baba the gospel truth is , Chiefs needs to let go almost 60% of their squad, The more we hope for the better with players like, Akpey, Moleko, Cardoso, NTIYA NTIYA, Parker, Agay the worse is to come. Hunt also need to stop experimenting too much.

Baba the gospel truth is , Chiefs needs to let go almost 60% of their squad, The more we hope for the better with players like, Akpey, Moleko, Cardoso, NTIYA NTIYA, Parker, Agay the worse is to come. Hunt also need to stop experimenting too much.

Soccer is a scam, Kazier Chiefs odds were suspicious even the time slot for them was the deciding game for bookmakers,Nedbank cup need to be scrutinized and investigated ,Chiefs defeat was highly anticipated odds spoken long time ago 😭. pic.twitter.com/miuiVCaBGa

I was telling someone that Kaizer Chiefs lost Nedbank Cup final and finished number 9 in the same season only for them to sign 4 players… Out of those 4 only 1 (Samir Nurkuvic) is a regular starter.

Whenever Nedbank played some chiefs fans will bring up bucs loosing to Maluti fc . Yaaaaaaa neeeeh football will kill you real death . pic.twitter.com/DgTWpCNgot

KAIZER CHIEFS is giving Amakhosi a break this season . So makhosi fans this Season dont expect anything from Chiefs the expectations they gave u last season covered this season also. So No MT8, No Nedbank and clearly Chiefs is not winning the league. Friends of Richards bay pic.twitter.com/q8FivFCxSX

KAIZER CHIEFS is giving Amakhosi a break this season . So Amakhosi fans this Season dont expect anything from Chiefs the expectations they gave u last season covered this season also. So No MT8, No Nedbank and clearly Chiefs is not winning the league. Friends of Richards bay pic.twitter.com/RyK8HtO55s

I’m going for 40days Fasting and prayer for Sundowns and Pirates not to win Nedbank, otherwise we Chiefs will be in trouble 🤣🤣🤣@DSTVPremierNews@hothaata 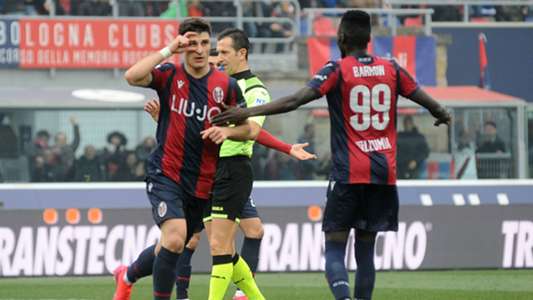