Kaizer Chiefs midfielders Willard Katsande and Bernard Parker have voiced similar sentiments, saying Amakhosi are well aware of what it takes to win the Nedbank Cup as they prepare to host National First Division side Richards Bay in a Round of 32 match on Sunday.

When Chiefs last won the Nedbank Cup in 2013, Katsande and Parker played the entire match as the latter’s extra-time goal decided matters in the 1-0 win over SuperSport United at Moses Mabhida Stadium.

The only other Chiefs player who was present that day and still turning out for the Soweto giants is goalkeeper Itumeleng Khune.

Interestingly, current Chiefs coach Gavin Hunt was then on the losing end in charge of SuperSport when Chiefs clinched their last Nedbank Cup.

“I remember the 2013 final – we played SuperSport and Bernard Parker scored the winning goal in the 105th minute,” Katsande told the Kaizer Chiefs website.

“To get to that final, we had to beat a team from the second tier, United FC in the semi-finals. We [now] start against Richards Bay and we basically know how it is to play these teams. We just need to keep our focus and go to the next round.

“We played against Gavin Hunt in the 2013 final and he knows what it means to play in these type of Cup games.”

Chiefs were then led by Stuart Baxter who plotted against SuperSport on that May 25 afternoon.

Parker concurs with Katsande that they know how to navigate their way to the final and win it.

“What we know about winning these types of Cup games is to have a persistent fighting spirit. That is what keeps you in these games. In the 2013 final, it was just one chance and it went into the goal. We need to recreate those great memories,” said Parker.

Chiefs have, however, suffered embarrassment in this tournament as recent as the 2018/19 season when they lost to then-National First Division side TS Galaxy in the final.

But now, besides having seasoned campaigners like Katsande, Parker and Khune, Amakhosi also have Hunt, who is a previous winner of the Nedbank Cup, first lifting it as Swallows FC (then known as Moroka Swallows) coach in 2004 and then with SuperSport in 2012.

Sun Feb 7 , 2021
Goal and Absa, the Official African Banking Partner of the Premier League bring you #SavingAssist with Michael Owen Source of the article 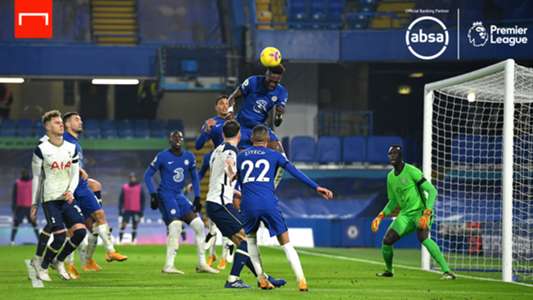