Fresh from defeat by old foes Orlando Pirates last weekend, Amakhosi are keen for something to cheer about in a cup game

Amakhosi were edged 2-1 by their traditional rivals Orlando Pirates as their five-match unbeaten run was also broken.

Making it more painful for Chiefs is that it was the third time to lose to Pirates this season after home and away defeats in the MTN8 semi-finals earlier on.

Now they have switched attention to the Nedbank Cup where they meet GladAfrica Championship side Richards Bay, a side Zuma admits they know little about.

“I think it’s a good chance for us to bounce back since we lost our last game. I think this is going to be good for players that are not playing, maybe they will get a chance to play,” Zuma told Chiefs’ media.

“I will say it’s very difficult to play against such teams because we don’t have a lot of information we know about them. I think we will need to stick to our own philosophy and play to win. I would say it’s a tricky time for us since games are coming thick and fast.

“I think it’s going to be key for us to maintain discipline and ensure recovery so that we can be able to do battle in all the games.”

This is a Cup Amakhosi last won in 2013 and their campaign last season ended at the Last 16 stage at the hands of Highlands Park.

The previous season, they reached the final but lost to then National First Division side TS Galaxy.

After missing the Soweto derby, Zuma’s participation in Sunday’s match is in doubt due to injuries that have blighted his season in which he has made eight league appearances, mostly as a late substitute.

“I’m still not fully fit. I think it’s still work in progress and eventually I will be fit enough to play regularly,” said Zuma.

With Chiefs eighth in their PSL campaign with 15 points behind leaders Mamelodi Sundowns, the Nedbank Cup appears their realistic opportunity to finish the season with silverware.

Thu Feb 4 , 2021
The French midfielder, who headed to the United States in the summer of 2020, has been keeping a close eye on events in Europe Blaise Matuidi and Presnel Kimpembe have plenty in common, the pair of 2018 World Cup winners boasting strong ties to Ligue 1 giants Paris Saint-Germain and […] 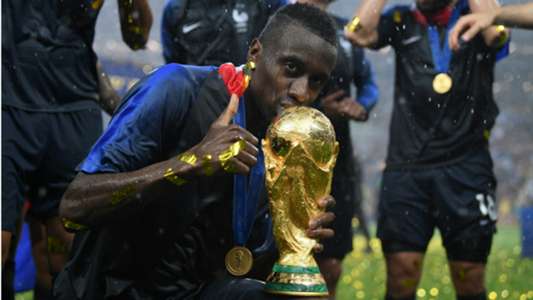