Leicester City manager Brendan Rodgers has revealed Wilfred Ndidi will soon be back to action but will not be involved against Fulham on Wednesday.

The midfielder suffered a hamstring injury against Everton in January and subsequently missed their last outing against Leeds United.

The Northern Irish tactician has revealed the Nigeria international will soon return to action but will not feature against the Cottagers along with Jamie Vardy.

“We’re hopeful that Jamie, towards the weekend, won’t be too far away, which will be great news for us. That’s what we anticipate with him,” Rodgers told the media at LCFC Training Ground.

“Wilf won’t be too much longer after that. It’s just the nature of this season. If you look at how compact the games are and the intensity of them, it’s very, very difficult for players.

“I think the players have been amazing in terms of the level of performance they’re giving considering the intensity of the games and how close they are together. It’s just something you have to cope with.”

Ndidi has been struggling with various injuries since the start of the season which have limited his playing time to 15 games across all competitions.

It is uncertain if the Nigeria international will make a return against Wolverhampton Wanderers on February 7.

Leicester City will hope to bounce back to winning ways when they face Fulham after their unbeaten run was halted by Leeds United last time out.

The King Power Stadium outfit are fourth on the Premier League table after gathering 39 points from 21 games.

Wed Feb 3 , 2021
The Germany international has not been a regular starter in recent weeks but has received words of encouragement from his manager Hansi Flick has offered his backing to Niklas Sule after the Bayern Munich defender was linked with a summer transfer to Chelsea. Reports in Germany have claimed that the […] 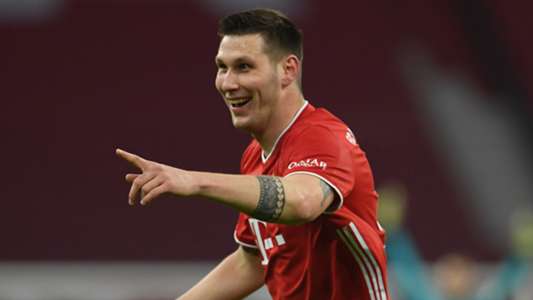