The 24-year-old was handed his 11th league appearance of the season but only played for 42 minutes before suffering a knock.

The Nigeria international was subsequently replaced by Papy Mendy in the encounter to avoid aggravating the problems.

A forced change for the Foxes 🔄

Papy Mendy comes on for Wilfred Ndidi, who has picked up a knock.#EveLei pic.twitter.com/kG11katAfQ

James Rodriguez opened the scoring for the Goodison Park outfit in the 30th minute before Youri Tielemans levelled proceedings to ensure the game ended with a share of points.

The draw helped Brendan Rodgers’ men stretch their unbeaten run across all competitions to nine games which ensured they kept their place in the third spot on the league table after gathering 39 points from 20 games.

Everton meanwhile moved to seventh with 33 points from 18 games and Iwobi will hope to make a more impactful showing in their next league game against Newcastle United on January 30.

Ndidi has been struggling with various injuries since the start of the season which has limited his playing time to 15 games across all competitions.

It is still uncertain if the Super Eagles midfielder will be fit enough to feature for the King Power Stadium outfit in their next Premier League game against Leeds United on January 31.

Ndidi remains a key member of the Nigeria national team and has 36 caps for the West Africans since his debut in 2015.

Super Eagles coach Gernot Rohr will hope the midfielder will soon put his injury problems behind him as their Africa Cup of Nations qualifiers draw nearer.

Wed Jan 27 , 2021
The hosts threw away the chance to reclaim the Premier League summit as the Blades came through for their second win of the campaign Manchester United defender Harry Maguire urged his team-mates to bounce back immediately after seeing them go down to Premier League basement boys Sheffield United on Wednesday. […] 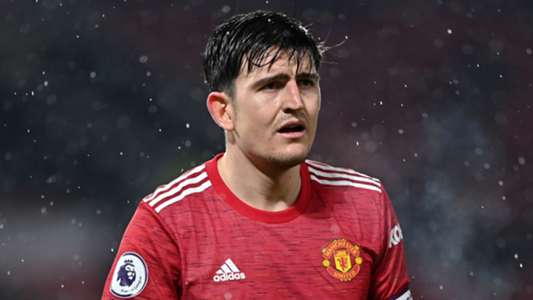