Wilfred Ndidi has been handed a starting role while Kelechi Iheanacho and Alex Iwobi are on the bench as Everton take on Leicester City in Wednesday’s Premier League game.

Ndidi will be making his 11th league appearance this season for Brendan Rodgers’ men at the Goodison Park.

The midfielder recently returned from a groin injury and has continued to enjoy consistent starting roles for the King Power Stadium outfit.

Ndidi’s compatriot Iheanacho will hope to come off the bench to make his 20th appearance across all competitions this season in the encounter.

The forward has bagged three goals and provided four assists and will hope to get a chance to increase his tally at Goodison Park.

Brought to you by @eToro 🤝

Iwobi has also been included in Everton squad after receiving the all-clear to return to action after missing his side’s last outing against Sheffield Wednesday in the fourth round of the FA Cup.

The 24-year-old forward will be expected to come off the bench to make his contribution for the Goodison Park outfit.

Iwobi has featured in 20 games for the Toffees this campaign and has scored two goals and provided three assists, amid other dazzling displays.

The versatile forward has been with the Toffees since the summer of 2019 when he left his boyhood club Arsenal, where he spent more than a decade.

Leicester are on an eight-game unbeaten run, having last tasted defeat against Leicester in December and will look to extend the fine performances.

The impressive form ensured their third place on the Premier League table after gathering 36 points from 19 games while Everton are eighth with 32 points from 17 matches.

Wed Jan 27 , 2021
The Nigerian’s side inched closer to another domestic success as they subdued the South African team on Wednesday Christy Ucheibe’s SL Benfica are through to the final of the 2020-21 Portuguese League Cup semi-final tie after a 3-0 semi-final win over Leandra Smeda’s Famalicao. To reach the semi-finals, Famalicao defeated […] 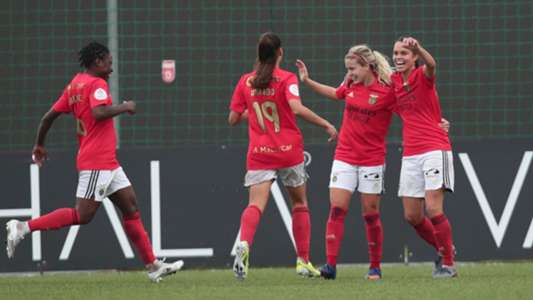