Leicester City have handed Wilfred Ndidi a starting role while his compatriot Kelechi Iheanacho is on the bench for their Premier League game against Sadio Mane’s Liverpool on Saturday.

Ndidi has been struggling with injury problems since the start of the season and only recently returned from a thigh muscle strain.

The midfielder made his first start for the Foxes in their FA Cup tie against Brighton & Hove Albion on Wednesday, since recovering from the muscle problems.

The Nigeria international has now been afforded an opportunity to make his 11th Premier League start at the King Power Stadium.

His compatriot Kelechi Iheanacho will be expected to come off the bench to make his contribution to the encounter.

Brought to you by @eToro 🤝

The 24-year-old attacker scored the match-winning goal in their FA Cup game against Brighton to take his tally to five goals across all competitions this season.

Liverpool have also handed a starting role to Senegal international Sadio Mane, who also recently returned from an injury.

The forward has bagged 10 goals and provided five assists in 29 appearances across all competitions this season.

Mane will be starting along with his strike partner and Egypt international Mohamed Salah, who has racked up 22 goals this campaign.

Liverpool are currently enduring a difficult time after losing their last two games against Brighton and Manchester City.

The unimpressive form has seen them drop to the fourth spot on the Premier League table behind third-placed Leicester City.

Sat Feb 13 , 2021
The Frenchman now says the away win for Msimbazi giants will prove vital for them when they conclude group stage matches Simba SC coach Didier Gomez Da Rosa has praised his players for the away win they picked up against AS Vita Club in the first group match of the […] 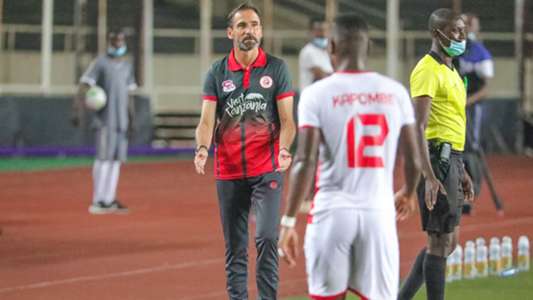