Ndidi has been turning heads lately with his impressive performances, earning praise from teammates, his manager and fans.

The Nigeria international played a key role in ensuring the Foxes extended their unbeaten run to four games across all competitions.

Ndidi was one of the standout performers for Brendan Rodgers’ men in their stunning victory over Premier League champions Liverpool on Saturday.

The midfielder has now been handed a chance to continue his impressive form for the King Power Stadium outfit, having been included among the starting XI.

Ndidi will be making his third appearance for Leicester in the European competition this season, having also featured against Zorya and AEK Athens.

The 24-year-old will be starting the encounter along with Ghana international Amartey, who will be making his ninth appearance across all competitions this season for the Foxes.

Amartey has been struggling with injury problems since the start of the season and will hope to make a key impact for the Foxes now he has fully recovered from his injury problems.

Slavia Prague have included Nigeria forward Olayinka in their starting lineup in the encounter in their quest to secure all three points.

👥 This is our starting line-up for @LCFC game! #slale #UEL pic.twitter.com/gEWX78ppxz

The forward has made five appearances in the Europa League this season, scoring two goals and will be expected to add to his tally.

Olayinka has been with Slavia Prague since the summer of 2018 and has played 24 games for the club this campaign, bagging 10 goals and providing three assists.

The 25-year-old has one cap for the Nigeria national team and will hope to deliver eye-catching performances for Prague to boost his chances of getting a call-up for the Super Eagles’ 2022 Africa Cup of Nations qualifiers in March.

Thu Feb 18 , 2021
Since joining the Buccaneers in November 2020, the Congolese has come from the bench on six occasions across all competitions Orlando Pirates coach Josef Zinnbauer says there are chances that striker Jean-Marc Makusu could make his maiden start for the Soweto giants against Jwaneng Galaxy in Sunday’s Caf Confederation Cup […] 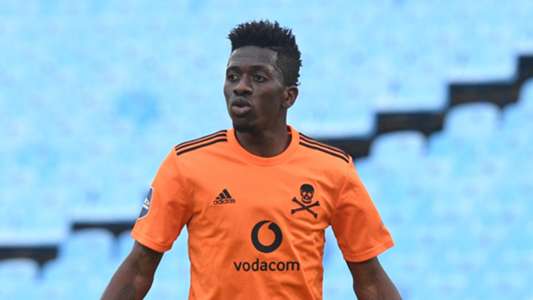