Goal can exclusively reveal the Burundian tactician has been asked to step aside just a week after Taifa Stars performed dismally at the African Nations Championship held in Cameroon where they failed to make it out from the group stage.

A source within the federation has confirmed to Goal they have indeed parted ways with the tactician and will announce his replacement in due course.

“We have decided to terminate the contract of Etienne [Ndayiragije] and this is after the performance of the national team at the Chan tournament in Cameroon,” the source told Goal.

“We will make an announcement anytime soon to confirm the changes we have effected to the technical bench of the national team.”

Another source, who did not want to be named, also confirmed he had talked to Ndayiragije, who revealed he had been fired and was no longer the coach of the team.

“I spoke to Ndayiragije today [Wednesday] and he indeed told me he is no longer the coach of Taifa Stars, he never gave me further details but what he said, is they have already parted ways amicably,” confirmed the source.

Goal now understands TFF is working on plans to re-hire former coach Kim Poulsen to take up the vacant role.

The Danish coach was appointed to handle Taifa Stars in 2012 but was later fired two months before the expiry of his two-year contract.

Under his stewardship before being fired, the Taifa Stars fell in the Fifa rankings, dropping from 112th spot at the time of his appointment to their current position of 145th.

Ndayiragije has paid the price of the team’s poor show at Chan where they finished third in Group D with four points from three matches while Guinea and Zambia qualified for the quarter-finals.

Wed Feb 10 , 2021
The bulky player is looking forward to playing in the Caf Champions League with Masandawana Mamelodi Sundowns have provided an update on Kenya international Brian Mandela. The towering central defender had an impressive start after joining Masandawana in October 2020 as a free-agent. Mandela formed a great partnership with Ricardo Nascimento in […] 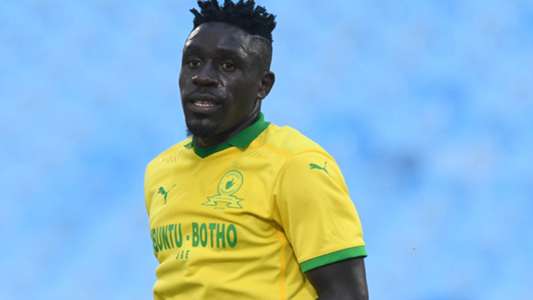