The 2019 Spanish champions Atletico Madrid have completed the signing of Cameroon striker Ajara Nchout, on a two-year contract.

The Madrid-based outfit secured the Indomitable Lionesses star as a free agent after successfully seeing out her two-year contract with 2020 Norwegian Toppserien winners Valerenga last December.

The 27-year-old had moved to Atletico to continue her impressive career in Europe, where she had been since 2011 after leaving the Cameroon women’s side l’Ecole Franck Rollycek.

During her spell at Intility Arena, the Cameroonian was influential in Valerenga’s runners-up finish in 2019 before their maiden domestic double in 2020, scoring 29 goals for Jack Majgaard’s side.

Nchout ended her three-year sojourn in Norway on a high as she won the 2020 Toppserien top scorer award, getting 10 goals in 18 games.

Following her unveiling on Sunday, she becomes the third signing in mid-season for Dani Gonzalez’s side after Rasheedat Ajibade and Aminata Diallo from Avaldsnes and PSG respectively.

“It is a great pleasure to join a team with a great record of achievements, a great club in both men’s and women’s football,” Nchout told the club website.

“I am an attacker who plays on all three fronts, even behind the attack. I prefer to play as a nine, but I am available for the coach to play where he thinks is best for the team and help the team grow and win.

“I would like all the Rojiblancos to know that I am very proud to wear their colours. I am a very competitive player who believes in victory until the last minute.

“Cameroonians never hesitate, we never give up. I will put these values ​​at the service of Atlético de Madrid. I will do my best to make them proud of me and the team.”

A new adventure is opening up for me, for us, with @AtletiFemenino 🔴⚪️. It is a huge privilege to be part of this great project, I am very happy to be here and to represent Cameroon.
It is a dream that comes true in the end. pic.twitter.com/K4INKG1sFD

At international level, she featured for Cameroon at the 2015 and 2019 Women’s World Cups and is on the brink of inspiring the Lionesses to a second Olympic outing since her debut in Rio 2016.

The signing of Nchout explains the ambition of Gonzalez to put the former champions back in title reckoning after missing out on a fourth trophy in a row in the last term at the expense of Barcelona.

Following her switch, Nchout becomes the second African with the Spanish outfit after Nigeria’s Ajibade and the third Cameroonian in the country after Rassia Feudjio and Michaela Abam.

Nchout will aim to hit the ground running at Ciudad Deportiva Rayo Vallecano if handed her debut for Atletico against Rayo Vallecano in their first game of the year 2021 on January 6.

Sun Jan 3 , 2021
The former Borussia Dortmund coach was dismissed by the Parisians shortly before Christmas and his right-hand man has found it tough to digest Former Paris Saint-Germain assistant coach Zsolt Low thinks Thomas Tuchel “overachieved” with the club and says he was “surprised” when news of his sacking broke. Low was […] 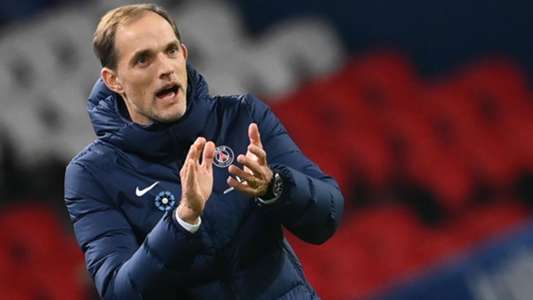