The NCAA has encouraged schools to help athletes register to vote and take Election Day (Nov. 3, 2020) off from athletic activities.

The NCAA has officially announced that no athletic activities will take place on Election Day (November 3rd), per release.

“President Mark Emmert and the NCAA Board of Governors recognize the important role social engagement has on driving positive societal change,” the NCAA announced in a release. “The recent demonstrations following the tragic killing of George Floyd showed the world the power of protest and student-athletes across the country were at the center of that movement. We commend NCAA student-athletes who recognized the need for change and took action though safe and peaceful protest. We encourage students to continue to make their voices heard on these important issues, engage in community activism and exercise their Constitutional rights. Further, we encourage all member schools to assist students in registering to vote in the upcoming national election and designate November 3, 2020 as a day off from athletics activity so athletes can vote and participate in their ultimate responsibility as citizens.”

The initiative #AllVoteNoPlay was created and led by Georgia Tech men’s assistant basketball coach Eric Reveno, after a Zoom call with his team on June 1 inspired him.

“The reason I coach is because I want to help our guys be the best they can be,” Reveno previously said. “I don’t know why I haven’t included civic responsibility in this formula. We teach about financial responsibility, health, nutrition, getting enough sleep. But the most fundamental part of being an American is civic responsibility.”

In a tweet, Raveno said he appreciates the NCAA for recognizing the power of the idea and called it a “step in the right direction.”

However, Raveno also says “we need to move beyond a recommendation” and “we need #AllVoteNoPlay in the rule books.”

“Our players children need to feel the results of our actions,” he says.

I appreciate this as a step in the right direction.

However, we need to move beyond a recommendation.

We need to act. The @NCAA needs to act.

We need #AllVoteNoPlay in the rule books.

Our players children need to feel the results of our actions. https://t.co/7rK371psen

After already receiving so much support, it seems that the #AllVoteNoPlay movement could eventually indeed become an NCAA rule.

Fri Jun 12 , 2020
The Nigeria striker has said that her former Cameroonian teammate is far from quitting football after Tuesday’s retirement news Asisat Oshoala has deepened the confusion around Gaelle Enganamouit’s retirement reports by delivering a contrary statement, claiming the Cameroon star was “misquoted”. Cameroon’s Enganamouit has been without a club since she […] 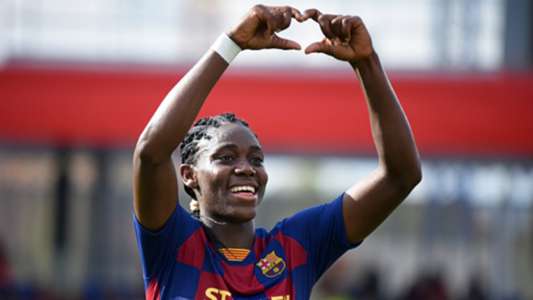