There’s a growing consensus that NBA players could kneel during the national anthem as a sign of protest, Shams Charania of The Athletic reports.

The gesture could be one of many forms of protests that unfold over the course of the 2019-20 restart as players and the league at large show support for social rights issues that they’re passionate about.

In addition to the league-approved messages that players have the option of including on their jersey and the prominent Black Lives Matter messaging painted on the courts that the games will be played on, Charania reports that players could also wear their own social justice shirts, approved by the league or otherwise.

A decision to kneel during the anthem would deviate from the WNBA’s approach to the anthem. During their opening weekend, WNBA teams elected to leave the court prior to the playing of the national anthem.

Whatever they ultimately decide, there’s a sincere desire for the players to use their platform to show support and that’s something that being in the bubble has helped facilitate.

Player’s union president Chris Paul discussed the importance of players across teams interacting in the bubble and educating one another on individual issues particularly important to them, citing financial literacy, police reform, education and HBCUs as examples.

“We have an opportunity to use our collective voices, obviously to spread a message, but we also get a chance to educate each other,” Paul told Taylor Rooks of Bleacher Report. “Guys come to a meeting to discuss things and two guys who’ve never had a relationship figure out they they have a common interest.”

NBA players have additionally used their platform to discuss social issues with the media, particularly the case of Breonna Taylor.

“As one of the leaders of this league, I want her family to know and the state of Kentucky to know that we feel for her and we want justice,” LeBron James said in a media scrum last week. “That’s what it’s all about. What’s right is right and what’s wrong is wrong.”

Tue Jul 28 , 2020
The Belgium defender has given some clues in the past as to where he could end up, and it seems a resolution might not be far away Jan Vertonghen says he has an idea of where his next club will be, following his exit from Tottenham. The 33-year-old Belgium defender […] 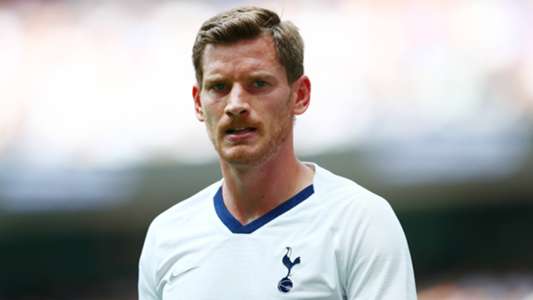