The NBA season is set to restart on July 30 at the ESPN Wide World of Sports Complex in Disney World. To avoid potential hazards, the NBA issued an extensive, 113-page handbook of health protocols to team personnel on Tuesday.

The handbook, obtained by the New York Times, prohibits a long list of activities, including: playing doubles in table tennis, using caddies on the golf course and sharing snorkels.

An anonymous hotline will be set up to report violations. Breaking protocol can result in a warning, fine, suspension or even dismissal from the campus.

Here are some of the highlights (via the NY Times):

Players and team staff must wear face masks on campus if they are doing something that is not within six feet of someone else.No postgame showers until players are back at their hotels.If player leaves campus without permission, he will be quarantined for at least 10 days upon re-entry.Players prohibited from spending time together in hotel rooms.No sharing towels, clothing or deodorant.Players urged to stop fiddling with their mouth guards.Players urged to reduce high-fives, fist bumps and hugs.Players must throw away deck of cards after the game has concluded.No caddies on the golf courseNo sharing goggles or snorkelsTeams advancing to the conference semifinals can reserve up to 17 additional hotel rooms for invited guests, who must quarantine before and after arrival.

Thu Jun 18 , 2020
The two coaches worked together for two years and ensured Uganda qualified for the 2019 Afcon final in Egypt Ugandan coach Matia Lule has revealed Sebastien Desabre hated double-dealers. The two tacticians worked from 2017 to 2019 at the national team and helped the Cranes qualify and reach the Round […] 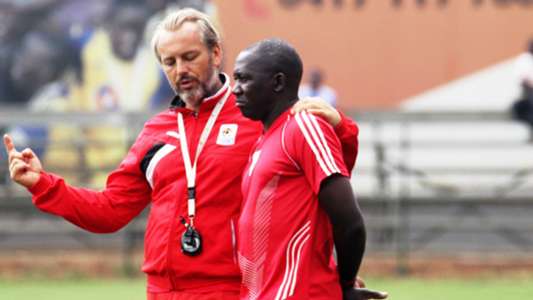