The interim coach of Bengaluru FC defended the form of Gurpreet Singh Sandhu, who came in for criticism for his performance against Kerala Blasters…

Bengaluru FC’s Naushad Moosa explained his decision to hand Fran Gonzalez a start ahead of Pratik Chaudhary against Kerala Blasters in their last game which they lost 2-1.

Interestingly, the former Air India coach revealed that Chaudhari doesn’t have the qualities which fit into Bengaluru’s style of play. It must be noted that Chaudhari inked a two-year deal in the summer.

“Pratik is not the player who naturally suits our style of play of playing out from the back. So, we put in Fran at the back. He played with Mohun Bagan and won the I-League. But we have to support the players and motivate them. We need to keep pushing them,” said Moosa.

Bengaluru FC suffered their fifth defeat in their last six matches and Moosa urged the players to remain positive despite the results not going in their favour. He also pointed that singling out goalkeeper Gurpreet Singh Sandhu for the two goals wasn’t the best assessment as they switched off in certain moments collectively.

“It was really disappointing to lose. When we watched the game later, we found a lot of positives. If you see the goals, it was conceded due to silly defensive errors. It could have been avoided. We have to remain positive and move forward. It is do or die for us.

“We have to win every game. We have to avoid conceding easy goals. It is a team effort. (We) can’t blame Gurpreet alone. We need to be alert for the whole 90 minutes,” he opined.

Udanta Singh, who has one goal to his name this season, was once again back in reckoning as he started against Kerala Blasters. The Manipuri winger who signed a contract extension with the club over the summer has struggled to make an impact and it remains to be seen if playing under the tutelage of Moosa can revive his form.

“Kerala was giving (leaving) enough space behind. We wanted to use it. We were successful. After that game, Udanta is back in form. He wants to do better. The idea of having four in midfield was to remain compact. Sunil and Udanta were marking their number six (Vicente Gomez). That really helped us,” said Moosa.

Bengaluru FC are in the bottom half of the league table but still have a chance to make it into the top four. Moosa believes that Bengaluru FC need a win under their belt to turn around their fortunes this term.

“Winning and losing are part of the game. But they are performing well. Of course, the points table is something we are not used to. They know the importance of each match now. We are being positive. Apart from the top two (Mumbai City FC and ATK Mohun Bagan), all are very close. We have to keep fighting.

“A win gives you three points and it will push us higher in the table. Just a matter of winning one game. Just that one win is very important for us. The dynamics will change entirely,” he explained.

They will face bottom-placed Odisha FC on Sunday evening and Moosa stated that converting the chances and being disciplined at the back are crucial elements which could decide the game.

“If you ask Odisha, they will say that BFC is not in good form. But if we maintain that (the level against Kerala), we can win against Odisha. It depends on converting those chances. We keep trying and take advantage of it and remain disciplined at the back.  It is important that we don’t allow them to play,” said the 49-year-old.

Sat Jan 23 , 2021
The Cranes were shocked by the debutants who were beaten by the Atlas Lions in the opening game Rwanda were able to come out with a point against the reigning champions Morocco during an African Nations Championship tie on Friday. The point could prove vital for the Amavubi especially after Uganda […] 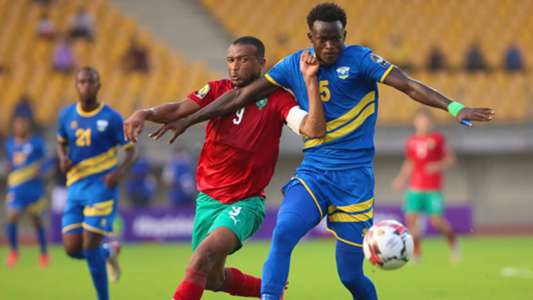