Mumbai City FC and ATK Mohun Bagan have been the two standout performers this season in the Indian Super League (ISL). They have qualified for the play-offs and are locked in a battle to finish at the top spot which will ensure a berth in the Asian Champions League (ACL) group stage.

Bengaluru FC interim coach Naushad Moosa shared his thoughts on the top two teams in the competition and also touched upon teams ‘throwing money’ in order to sign the best players available in the market.

“If you see the first leg (phase of the league), they (Mumbai and ATKMB) picked up most points. Other teams are catching up. But it is too late. They have good players. East Bengal have the best set of foreigners. In the beginning, they were suffering for their Indian players as Robbie Fowler was complaining about. But now they are playing good football. They (The top two teams) are throwing money and are getting the best players. They (ATKMB) got Lenny and Marcleinho. Both are doing well,” he shared his thoughts.

Bengaluru FC are up against Mumbai City FC, who will be without the services of influential attacking midfielder Hugo Boumous who picked up a red card in the last match.

“They have a good set of players. They have players who can fill his spot and are equally good. He is a good player who can challenge any defender. But they have Cy (Goddard), (Ahmed) Jahouh and (Rowllin) Borges are always there. So, they have a good midfield. It won’t be easy for us. We are preparing and hopefully, we can play strongly tomorrow,” said Moosa.

The former Air India coach mentioned that they will miss Rahul Bheke due to an injury while Pratik Chaudhari is suspended. Moosa admitted that in the absence of the duo and with Juanan too being injured, their defence is certainly an area of concern.

“We have been training in the past few days and the results are going in everybody’s favour. It’s important to stay focused. We don’t have Rahul and Pratik. Our defence is a bit of concern. But we have been working on that. It is important to take a few things from the last game (against ATK Mohun Bagan). We were dominating in the first 35 minutes. We were compact.

“Once we conceded the goals, we lost momentum and got frustrated. We then conceded the second goal. The first 35 minutes we played well and we have to do that for the whole 90 minutes. We played well against East Bengal and we remained calm. We were not giving too much space,” he pointed.

Moosa spoke on the difference in the style of play deployed by Sergio Lobera and Antonio Habas at Mumbai City and ATK Mohun Bagan respectively. He also highlighted that his side should be alert at the back and not concede first while looking out for opportunities to hit the opposition on the counter.

“Mumbai are a good team. They would come out strongly for they are playing the ACL spot. We need to look for those opportunities where we can counter-attack. But the most important thing is we should not concede goals. If you see the way they move the ball around, it is good. ATK Mohun Bagan plays more direct football. They have those players who complement that style of play. It is important that we do not repeat our mistakes from the first match (Bengaluru FC 1-3 Mumbai City),” said Moosa.

Sun Feb 14 , 2021
The Tanzania Prime Minister took a moment to congratulate the Msimbazi giants for their vital win away in Congo The Tanzania government has sung the praise of Simba SC after they edged out AS Vita Club 1-0 in their opening match of the Caf Champions League group stage on Friday. […] 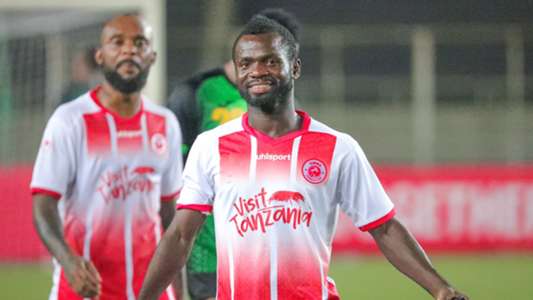