Napsa Stars struggled past a determined Gor Mahia to progress into the Caf Confederation Cup group stage after a 2-2 draw on Sunday.

Austin Banda and Emmanuel Mayuka scored for the Pensioners who advanced courtesy of a 3-2 aggregate win after a 1-0 victory away while Samuel Onyango and Clifton Miheso were the scorers for the visitors.

Two minutes after conceding, Napsa Stars equalised through Banda with a well-timed effort past Boniface Oluoch. A determined Gor Maia fought and responded quickly as they restored their lead in the 19th minute through Miheso.

Miheso was unlucky not to score in the previous encounter at Nyayo Stadium as he was Gor Mahia’s best player by miles.

Dickson Chapa came close to restoring parity in the 23rd minute but his shot went slightly off target as the hosts scrambled to pin Gor Mahia in their own area.

The unlikely pressure Napsa Stars got from Gor Mahia forced head coach Mohamed Fathi to make a 39th-minute change. Emmanuel Mayuka was brought on and Bornwell Mwape was rested as the game turned into a more physical encounter.

Goalkeeper Rabson Mucheleng’anga denied Onyango in the 49th minute when the former Ulinzi Stars player made way from the right-wing into the area but the goalkeeper closed in and saved the day for Napsa Stars. Coach Manuel Vaz Pinto made a change in the 54th minute when he took off Jules Ulimwengu for South Sudan international Tito Okello.

John Macharaia would have scored for the Green Army two minutes after the hour mark but his effort, from close range, went wide. Macharia was later substituted with Alpha Onyango.

Fathi made two changes in the 64th minute when he brought on Aaron Kabwe and Jimmy Mukeya for Daniel Adoko, the scorer for the goal in Nairobi, and Sylavwe respectively.
Gor Mahia conceded a 96th-minute costly penalty that was converted by first-half entrant Mayuka.

Sun Feb 21 , 2021
Two league matches were played on Sunday with Vhadau Vha Damani securing a win, while the Citizens were held at home  Swallows FC maintained their unbeaten record in the PSL when they drew 1-1 with Cape Town City at Cape Town Stadium. The deadlock was broken just 13 minutes into the match […] 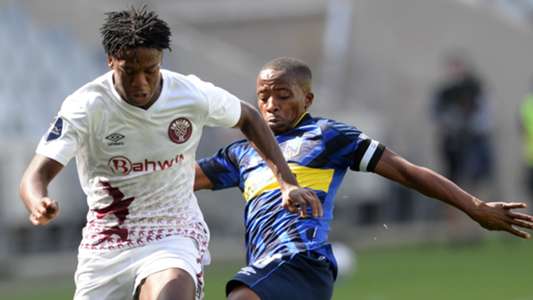