Napoli have confirmed Victor Osimhen has recovered from Covid-19 having been under treatment for more than two weeks.

The Nigeria international has tested negative to the coronavirus after spending more than 14 days in isolation.

The centre-forward contracted the virus during his visit to Nigeria where he had gone to celebrate the yuletide season.

During his time in the West African country, Osimhen also used the opportunity to celebrate his 22nd birthday and it was later revealed through the social media the forward did not follow Covid-19 protocol during the celebration.

On his return to Stadio San Paolo, he was isolated for 14 days but after the period, he was subjected to another test which again came out positive.

Osimhen has now been given the all-clear to rejoin the rest of Gennaro Gattuso’s side after testing negative to the virus.

“Victor Osimhen has recovered from Covid-19,” read a tweet from Napoli.

It is not yet clear if the Super Eagles attacker will be available for selection when the Parthenopeans take on Hellas Verona in a Serie A game on Sunday.

Osimhen has only made nine appearances for Napoli, scoring two goals and providing one assist since teaming up with the club in the summer.

Osimhen was acquired following his eye-catching performances for Lille during his one-year stay, where he bagged a number of goals to win the club’s player of the year award.

The 22-year-old attacker has also previously featured for Bundesliga side Wolfsburg before teaming up with Sporting Charleroi.

Osimhen’s recovery from Covid-19 will not only gladden Gattuso but also Nigeria national team coach Gernot Rohr, who has been under pressure following recent unimpressive results.

The Super Eagles will continue their quest to qualify for the 2022 Africa Cup of Nations in Cameroon in March and the forward will be expected to play a key role in the campaign.

Fri Jan 22 , 2021
Everything you need to know about this season’s tournament, including results in a round-by-round breakdown The FA Cup in England is the oldest football competition in the world and this season, despite coronavirus pandemic-related issues, it returns for the 140th season. Teams from the lowest level of the English football pyramid […] 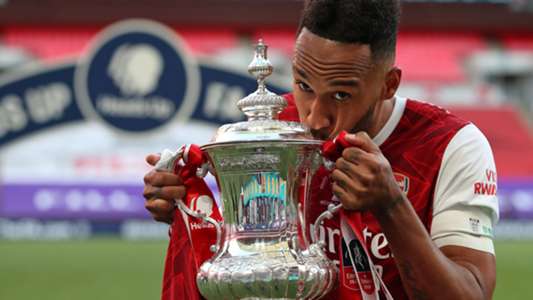