Napoli defenders Kalidou Koulibaly and Faouzi Ghoulam have tested positive for coronavirus on Friday, the Serie A club confirmed.

The medical updates were revealed ahead of the Parthenopeans’ trip to the Luigi Ferraris Stadium for their league fixture against Genoa on Saturday.

Algeria star Ghoulam returned a positive swab first after he underwent a private test on Thursday afternoon and has subsequently commenced his isolation at home.

“The molecular nasopharyngeal swab carried out privately, yesterday afternoon, by the footballer Faouzi Ghoulam, gave a positive result to Covid-19,” the club tweeted.

“The player is asymptomatic and will observe the period of isolation at his home.”

Koulibaly, on the other hand, tested positive after Friday’s medical examination with the team and he is expected to start his isolation at home even though he is not showing any symptoms of the coronavirus.

“After the swabs carried out this morning, Kalidou Koulibaly tested positive for Covid-19. The player is asymptomatic and will observe the period of isolation at his home,” the club statement read.

Koulibaly has been a key fixture in Napoli’s defence since he moved to Italy from Genk in 2014 and this season, he has played in 15 Serie A matches.

He recently featured in their goalless draw against Atalanta in the first leg of the Coppa Italia semi-final while Ghoulam was an unused substitute in the game.

They will miss Saturday’s game at Genoa and also be unavailable for the reverse Coppa Italia fixture when Gennaro Gattuso’s men travel to Atalanta with the hopes of defending the title they won last season.

Ghoulam has barely featured for the Parthenopeans this campaign with just one start in seven Serie A matches this term.

Despite the defensive gap created by the duo, Gattuso has Nigeria forward Victor Osimhen available for selection after he recovered from coronavirus and his shoulder injury last season.

Napoli are fifth in the Italian top-flight standings with 37 points after 19 matches.

Son Heung-min celebration: What is the meaning behind Tottenham star's camera gesture?

Fri Feb 5 , 2021
The popular and affable Tottenham forward has been known to celebrate by pretending to take a picture – and here’s what you need to know about it Son Heung-min has carved out a reputation as not only one of the Premier League’s most prolific forwards, but as one of the […] 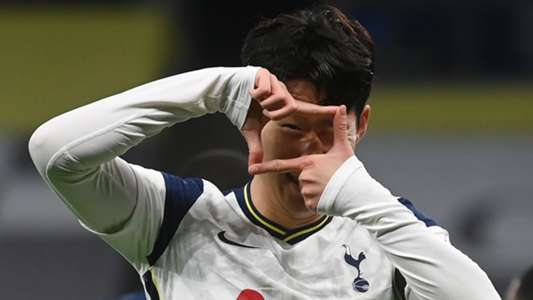