The Spanish midfielder was always highly regarded at Anfield, but he struggled for game time and is now taking on a new challenge in France

Pedro Chirivella, once billed as the “next Xabi Alonso” at Liverpool, has revealed that he turned down a long-term contract offer at Anfield before packing his bags for Nantes.

The Spanish midfielder was acquired by the Reds in 2013 after being signed from Valencia. He was always highly regarded during his time on Merseyside, but spent the latter stages of his seven-year stay out on loan at Go Ahead Eagles, Willem II and Extremadura.

The 23-year-old made played 11 competitive games and 650 minutes of action for Liverpool, with his path always blocked by more senior options.

With that in mind, he opted to become a free agent after his deal ran down, with the efforts of Premier League champions to get him tied to fresh terms shunned as he headed for the exits.

Chirivella told AS of severing ties with the Reds: “We were in full negotiations with Liverpool, who offered me a fairly long four or five-year contract and we didn’t know what to do.

“Then Nantes came with an interesting proposal for me and talking to the coach and president, we decided it was the best option, and I came to Nantes in June.

“I know it is a club with a history in France that has done great things and, honestly, I did not expect to go to France. I wanted to go back to Spain, and the confinement changed everything. When Nantes came, I didn’t think twice.

“I wanted to leave Liverpool, and I wanted to play. It was a clear proposal with which I did not have much doubt when signing. It was quick.”

Chirivella is now looking to fulfil his potential away from England and claims to have never read too much into his billing as the man tipped to fill the books of World Cup winner Alonso at Liverpool.

He added: “Those kinds of comparisons are easy.

“A Spanish midfielder who played for Liverpool, the easy thing is to compare, but I don’t like anything like that. Because it is putting pressure on a 17-year-old boy who is very young, and Xabi Alonso had done everything with Liverpool, Real Madrid and the national team.

“It is not something that I focus on, and it gets into my head because I know that there are very few players like that and I was just a young kid who wanted to get to Liverpool.”

Mon Jan 4 , 2021
South Africa’s most-capped player arrives in the Western Cape for his first ever job as a coach Cape Town City have announced the appointment of Aaron Mokoena as assistant coach to Jan Olde Riekerink. The 40-year-old former Bafana Bafana captain replaced Vasili Manousakis, who is reportedly on his way to […] 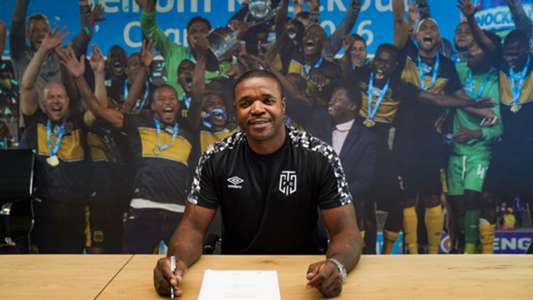