Namungo FC have openly claimed they went through tough times during their three-day detention in Angola after their Caf Confederation Cup fixture against Primeiro de Agosto was cancelled.

The Tanzanian domestic Cup winners had travelled to Angola to play their first leg of the Caf Confederation Cup against Primeiro de Agosto but the game which was set for Sunday was called off by Caf after the Angolan authorities ordered all Namungo players to self-quarantine owing to the Covid-19 pandemic.

With the game being cancelled, Namungo’s efforts to return home were also thwarted by Angolan authorities forcing the team to spend the whole of Sunday at the airport in Angola and they were later ordered to return to the hotel with reports emerging three of their players and one official had tested positive for Covid-19.

Angolan authorities finally allowed the team to travel on Monday night and they have already landed in Tanzania but without three players and one official, who were detained to undergo mandatory self-quarantine.

Namungo chairman Hassan Zidadu has explained to Goal what they went through in Angola and also confirmed three of their players and one official did not travel with them to Tanzania.

“We are not happy because we simply suffered in Angola without committing any crime,” Zidadu told Goal on touching down at Julius Nyerere International Airport.

“We have suffered without any reason, we did not deserve what we went through in Luanda, we suffered and they [Angolan authorities] never gave us a good reason as to why we had to go through all those problems.

“Inside our hearts, we suffered a lot but we could do nothing, but I want to thank everyone in Tanzania for the prayers you accorded the team, we have arrived safely but three of our players and one official have remained behind to complete the mandatory Covid-19 regulations.”

Goal understands the players left in Angola are Lucas Kikoti, Fred Tangalu, and Khamis Faki, and one official, Omary Kaaya.

On Tuesday, a top official at Tanzania Football Federation, who did not want to be named, confirmed to Goal the detention of Namungo in Angola by stating: “Namungo players have been ordered to return to the hotel from the airport, where they were planning to board the plane back home after their match was called off.”

“The players wasted a whole day at the international airport in Luanda as they waited for a plane to return home but now they are not able to use the private jet because three of their players and one official have reportedly returned positive Covid-19 tests, and now Angolan authorities have asked them to serve the mandatory quarantine before coming back home.”

Tue Feb 16 , 2021
The Mailmen are contemplating signing more players to bolster the squad for consistent positive results in the league Posta Rangers have bolstered their squad by confirming the arrival of three players in the current transfer window. The Football Kenya Federation Premier League charges have struggled to win in the top-tier […] 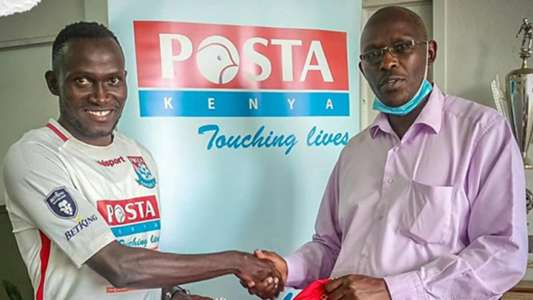