Tusker FC midfielder Luke Namanda believes it was important for his team to get maximum points against Mathare United in the Football Kenya Federation game played on Sunday.

The two former champions met at Kasarani Annex and after both missed a penalty in the first half, the winger managed to seal maximum points in favour of his team in the 75th minute.

He has gone to explain why the win was important for the 11-time league champions.

“It was really important for us to get maximum points against Mathare,” Namanda told Goal on Monday.

“The win helped in easing the pressure on us because we have many teams high on our heels. We have Wazito FC, AFC Leopards, KCB FC, Kariobangi Sharks and even Gor Mahia on our heels.

“So it was important for us to get maximum points against a worthy opponent in Mathare United.”

This season, the former Nzoia Sugar winger has been in good form, and apart from a couple of goals scored, he has managed to get five assists.

“The season is very young and I am happy to have helped in providing five assists,” Namanda added.

“I want to get at least 12 to 15 goals by the end of the current campaign. With the help of my teammates, I know it is very possible. If I happen to achieve my targets, then the team will benefit as well because we want to go all the way and win the league title.”

Meanwhile, coach Robert Matano has claimed he is not under any pressure after his team moved top of the FKF Premier League table with a win over the Slum Boys.

KCB, who have enjoyed top spot since the league kicked off, dropped to second spot following a 0-0 draw against Ulinzi Stars at Afraha Stadium in Nakuru.

“I am very happy about that [moving top of the table], I know we have played a game more than our rivals but it is good to be at the top because it will motivate my players to continue working hard,” Matano told Tusker online.

“We know we can still make it, we know we can still do it, we only need to keep working hard and keep the position and make it ours, and I have been in this game for a very long time and don’t have any pressure because we are on top, maybe someone else but not me.”

Tue Feb 2 , 2021
This fixture has been a very tight one in recent years – five of the last seven encounters between the Soweto side and the Durban team have ended 0-0 An injury to captain Matome Mathiane is among the issues Golden Arrows coach Mandla Ncikazi is dealing with as he gets […] 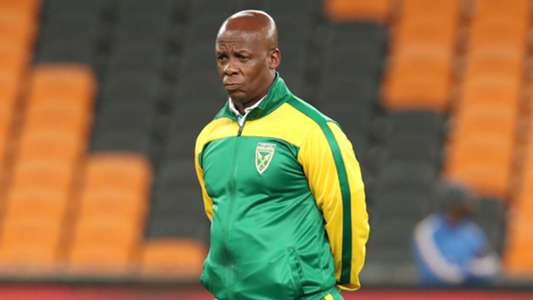