Lutz Pfannenstiel, who worked with the highly-rated coach at Hoffenheim, has hailed the 32-year-old’s qualities and compared him to Man City’s boss

Julian Nagelsmann is the “most exciting coaching talent in Europe”, according to Lutz Pfannenstiel, with the RB Leipzig boss considered to be more tactically adept than Manchester City manager Pep Guardiola.

At 32 years of age, a meteoric rise to prominence has been enjoyed by one of the youngest and most highly-rated tacticians in the business.

Nagelsmann was given his big break by Hoffenheim in 2016, with three years in that post seeing him work alongside Pfannenstiel – the club’s former head of international relations and scouting.

A positive impression was made on all of those he crossed paths with, leading Leipzig to make their move in the summer of 2019.

Nagelsmann’s stock continues to rise after adding a Champions League stage to the Bundesliga one he already occupied, with many now ranking him alongside the very best managerial brains.

Pfannenstiel said in his latest DAZN column: “Julian is a driven man, a perfectionist. He can’t lose – and it doesn’t matter whether it’s a competitive game or a casual duel in table tennis, a round of Mikado or a duel with me on penalties.

“Very good is not good enough for him; that became clear at a young age. So, it is no surprise that he is probably the most exciting coaching talent in Europe today.

“Talent is the wrong word. Julian is not a talent anymore as he has a lot of experience despite only being 32 years old. At TSG he trained the U17s and the U19s. He already worked as an assistant coach for the first team in 2013 and then trained them as head coach for over three years from February 2016 before moving to RB Leipzig.

“Julian knows what it’s like being in a relegation battle and the Champions League. Therefore I would say Julian is probably the most exciting coach at the moment.”

Nagelsmann leaves no stone unturned in a bid to bring the best out of those at his disposal, with Pfannenstiel claiming that his attention to detail could be considered even greater than that of Guardiola – one of the most decorated and demanding coaches around.

“What also impresses me incredibly about Julian is his ability to analyse,”  added Pfannenstiel.

“For example, if I am a DAZN expert during a live game, I should and must recognise certain things. It takes me three minutes to decrypt a basic formation, for example. Julian needs about 30 seconds.

“Julian is even better than Pep Guardiola when it comes to reading the opponents’ style of play and adjusting the tactics accordingly during a game.

“Pep is someone who analyses a lot and then makes a decision. With Julian, the analysis runs parallel to the observation. We’re talking about a very small window of time, but it can be crucial.

“Incidentally, this is not a talent, but a gift. I’ve met a lot of coaches, but Julian has this quality exclusively. It is unique.”

I retired 'prematurely' because of Ex-Fulham Mark Hughes - John Paintsil

Fri Jun 12 , 2020
The former Ghanaian full-back narrates the unpleasant experience he had under the Welsh manager at Craven Cottage Former Ghana international John Paintsil has admitted that pressure from former Fulham boss Mark Hughes led to his departure from the club and retire “prematurely”. The 38-year old joined the Cottagers from West […] 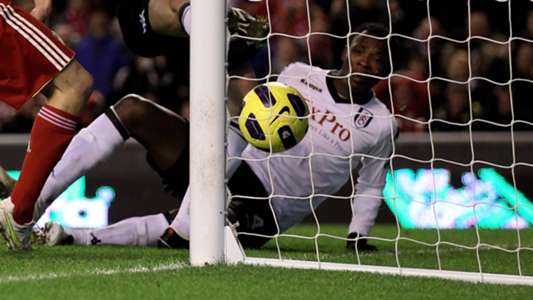