Belarusian Women’s Premier League club Dinamo-BSUPC have secured the services of Nagede Cisse, on a one-year deal, Goal can confirm.

The champions signed the Ivorian as a free agent after the 23-year-old brought her three-year journey with Belarusian giants Minsk.

At Minsk, she had an impactful spell since arriving from Ivorian topflight side ES Abobo in 2018, scoring 14 goals in 57 outings, including one in 12 Women’s Champions League appearances.

The Cote d’Ivoire international becomes the latest addition to Dinamo after the recent signings of Anton Putilo and Ekaterina Ulasevich.

The development means Cisse will continue her professional adventure in Belarus, after teaming up with the champions, who will debut in the 2021-22 Uefa Women’s Champions League.

On the international scene, Cisse was part of the third-place winning Elephants at the 2014 Africa Women’s Cup of Nations in Namibia and also made the maiden campaign to the Women’s World Cup in 2015.

Having completed her switch, she has teamed up with the rest of the team for Belazovets’ 2021 pre-season tourney in Sochi, featuring along with seven others, including Arsenal from February 2-7.

She will be aiming to make an impactful debut against Belshina on Tuesday before her second outing against Arsenal on Thursday and her last group appearance against Krumkachi two days later.

Her immediate dream will be to help Dinamo to the top of the group and celebrate her maiden crown at the invitational tournament.

Man Utd should 'break the bank' for Grealish if Pogba leaves, says Chadwick

Tue Feb 2 , 2021
The former Red Devils midfielder thinks that the Aston Villa star is capable of taking Ole Gunnar Solskjaer’s side “to the next level” Luke Chadwick has urged Manchester United to “break the bank” for Jack Grealish if Paul Pogba leaves the club this summer. Grealish was heavily linked with a […] 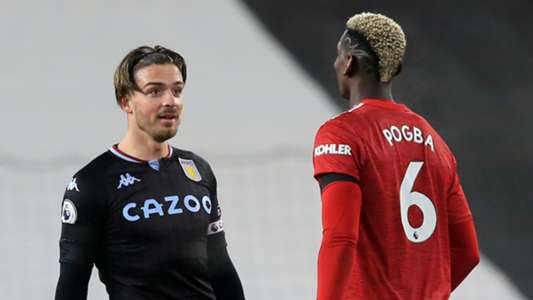