Rachel Nachula was on target as Zaragoza were held to a 2-2 draw against Osasuna in a Spanish Reto Iberdrola tie on Sunday.

Zambia’s Nachula was handed her 10th start of the season by coach Nacho Bracero and made a huge contribution in their side’s draw.

With their promotion dreams dashed, Zaragoza were seeking to end their regular campaign on a high at Osasuna and the Zambia international got the visitors in front after just 13 minutes of action.

Osasuna, however, fought their way back into the match when Marina Massanet netted the vital equaliser three minutes from half-time.

After the resumption of the match, the visitors recovered the driving seat in the game when Annelie Leitner struck in the 53rd minute.

The hosts, again bounced back in the 70th minute when Iara Sanchez netted the important leveller to ensure a share of the spoils.

Nachula was in action from the start to finish for Zaragoza, securing her fourth goal in 10 matches. Her teammate and compatriot Hellen Mubanga featured in the last 10 minutes.

The result means Zaragoza ended their regular season in the seventh position with 22 points from 16 matches, while Osasuna finished second with 34 points from the same number of games.

The development will see Zaragoza compete in the Reto Iberdrola relegation playoff, while Osasuna will battle in the promotion playoff.

Sun Mar 7 , 2021
The left-back scored a second half goal in Man United’s 2-0 win against Manchester City but he nearly didn’t start the game. Ole Gunnar Solskjaer revealed that goal scoring hero Luke Shaw nearly didn’t play in the Manchester derby and Alex Telles was prepared to take his place. The left-back […] 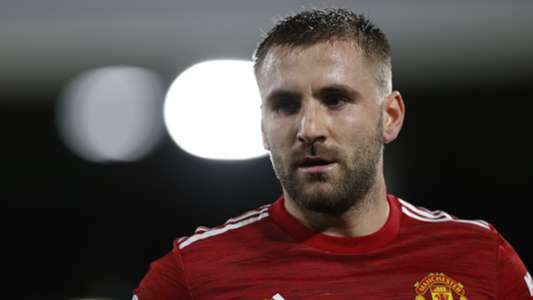