A Naby Laye Keita penalty secured Asante a 1-0 victory over Inter Allies in the Ghana Premier League on Wednesday.

The Guinean’s 68th-minute effort, after Kwame Opoku was fouled in the box, proved the decisive factor in the match week 12 fixture at the Accra Sports Stadium.

The Porcupine Warriors are third on the league table, one point behind Karela United and Great Olympics, who are tied on 21 points at the top of the standings.

Elsewhere on Wednesday, Bechem United’s hopes of possibly jumping to the top of the table were dashed by a 2-0 away loss to Berekum Chelsea, who scored through Collins Ameyaw and Kofi Owusu.

Bechem are left fourth on the standings while Chelsea have jumped out of the relegation zone to the 14th position.

After handing Liberty Professionals a 5-0 defeat on Sunday, Wafa suffered a humiliation of their own in a 3-0 away loss to Dreams FC in Dawu. Ibrahim Issah’s double and Farhadu Suleiman’s strike lifted Still Believe to the seventh spot, two places below Wafa.

At the Carl Reindorf Park in Dansoman, relegation-trapped Liberty and sixth-spotted Aduana Stars played out a 0-0 draw.

The result was not different from the score in Techiman where Eleven Wonders and Elmina Sharks settled for a goalless stalemate. The two clubs sit 12th and 10th, respectively, on the table.

A George Asamoah 77th-minute effort earned Ebusua Dwarfs a 2-1 home win over Ashanti Gold. Dennis Korsah-Akoumah gave the hosts the lead on the stroke of half-time before Hand Kwofie restored parity on 75 minutes.

On Thursday, 15th-placed Legon Cities will be aiming for a third straight win of the season when they host Karela at the Accra Sports Stadium.

At Akoon Park in Tarkwa, Medeama and visiting Hearts of Oak are set for a showdown, the two sides currently 13th and ninth on the table, respectively.

Wed Feb 3 , 2021
It is not yet clear if the club will be able to correct their error or if they will be without the forward for their last-32 tie against Lille Ajax have confirmed that they have accidentally left club-record signing Sebastian Haller out of their Europa League squad.  Haller was brought in […] 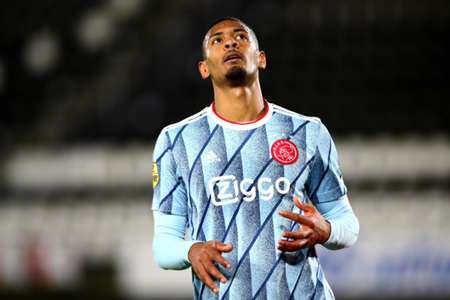