Azam FC goalkeeper Mathias Kigonya has explained his work is to save penalties hence the reason he denied Simba SC’s Clatous Chama in a Mainland Premier League match on Sunday.

The Ugandan keeper made his debut for the ‘Ice Cream Makers’ in a fixture he put up a man-of-the-match display as they snatched a 2-2 draw against the reigning champions at Benjamin Mkapa Stadium.

After Simba took a deserved lead through striker Meddie Kagere in the 28th minute, they were awarded a penalty two minutes later after Luis Miquisonne was brought down inside the box.

The Zambian midfielder stepped up to take the penalty which Kigonya dived the right way to save and deny them a chance to score their second goal.

Kigonya then went on to put up a superb display as Azam recovered from 1-0 down after the break to score two goals in the second half and as they headed to win 2-1, Simba snatched a late point from Luis Miquisonne’s strike.

The former Sofapaka keeper has now explained why he saved the penalty from Chama, insisting he was just doing his job.

“It was just a normal penalty from Clatous [Chama] which I had to save because that is my job, it is the reason I stand between the sticks,” Kigonya said as quoted by Sokalabongo.

“I have to keep the goal safe, it is my duty to protect my team from conceding goals because we all have our duties to perform and my target is also to make sure we don’t concede easily.”

On Azam getting a point from the fixture, Kigonya said: “A point from the game is not bad considering we were playing away from and also we had already conceded early on into the game.

“We now must shift our focus to the next league match because we want to make sure we do our best in the upcoming matches.”

The draw enabled Azam to reach 33 points and remain third on the 18-team table while Simba are second on 39 points and Yanga SC are top with 44 points from 18 matches.

While Azam will shift focus to league matches, Simba will now prepare for the Caf Champions League group stage, where they are scheduled to kick off their campaign with an away game against Vita Club of Congo on February 12.

Mon Feb 8 , 2021
Ingwe are fourth on 19 points after nine games while Gor Mahia are sixth with 16 points from as many matches Gor Mahia head coach Carlos Manuel Vaz Pinto was impressed with his defence during the 0-0 Mashemeji Derby draw against AFC Leopards. Prior to the game, K’Ogalo have dominated and […] 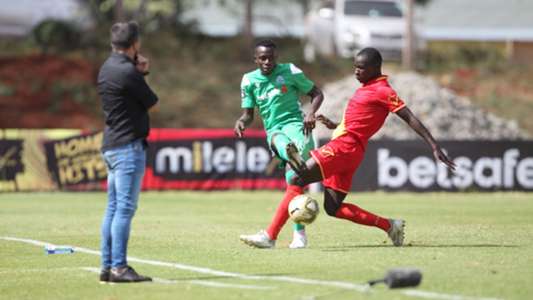