Rising ATP players Jannik Sinner and Karen Khachanov took part in an Instagram Live session on Thursday sponsored by Lavazza where they revealed who their toughest opponent on the ATP Tour was.

“There are some players that you feel uncomfortable playing. Sometimes in some matches, something quickly turns and then you don’t understand how you lost. The past four matches were really close, a good level. I remember I was just a few points away from winning.

But for me, that’s why it makes it so difficult to beat him, because he’s always there. Somehow in the last moment… he turns around the situation. Even if you [are] leading, he’s a guy who can come back and still get the win.”

Khachanov has played Nadal seven times so far but is yet to win a match against the Spanish champion, including the 2018 US Open, where Nadal needed four sets to beat Khachanov after four hours and 23 minutes. Jannik Sinner, who is one of the rising stars in the men’s game, says his most difficult opponent has been Russian Daniil Medvedev.

“For me the most difficult one was Medvedev.” Sinner played Medvedev in February at the Open 13 Provence in Marseille with the Russian winning, “[My match against Medvedev] was so strange. I won the first set easily, and then he changed something.

I didn’t understand what it was, and the other two sets went so fast. He has such a strange ball, especially with his backhand, which is basically coming with backspin. I left the court [after the match] and I said, ‘Okay, I didn’t understand anything from the match.’” Karen Khachanov has won four ATP singles titles and reached a career-high singles ranking of world No.

8 in July 2019. 18 year old Jannik Sinner has achieved a career high ATP singles ranking of world No. 68, achieved in February 2020, and is currently ranked No. 73 in the world. In November 2019, he became the third and youngest winner of NextGen ATP Finals, after beating Alex de Minaur in the final.

Rafael Nadal is a 19-time Grand Slam champion – the second most in tennis history by any male player after Roger Federer. He has also won 12 French Open titles in his career so far.

Sat Jun 13 , 2020
The 29-year-old Nigeria international played a part as the Iron Ones secured an away victory at RheinEnergieStadion Anthony Ujah featured as Union Berlin clinched a narrow 2-1 win against Kingsley Ehizibue’s Koln in Saturday’s Bundesliga game. The Super Eagles player was afforded his 21st league appearance this season at RheinEnergieStadion but […] 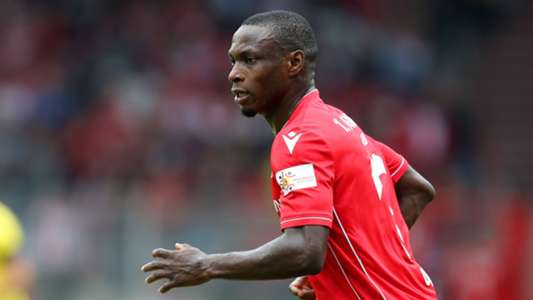