Jose Mourinho has rubbished suggestions that he needs to change his coaching philosophy after Tottenham’s latest Premier League loss, insisting that his methods are “second to nobody in the world”.

The Portuguese saw his side slip to a fifth defeat in their last six top-flight games after they were downed by West Ham, leaving them nine points adrift of David Moyes’ side in fourth place.

The result looks to have put Spurs’ hopes of Champions League qualification to bed, but their manager has pushed back against the idea that he is doubting his approach and that his side are in crisis.

Editors’ Picks
What has Mourinho said?

“Not at all, zero,” the veteran manager sait at his post-match press conference. “Sometimes results are a consequence of multiple suggestions. Mine, and my coaching staff’s methods, are second to nobody in the world.

“I don’t know what you mean by crisis. If crisis is frustration and sadness in the dressing room, I would say so, because nobody is happy.

“We all showed that in this game, when a team fights the way we did until the last second trying to get a different result, it is never a group in crisis. Groups are in crisis when you are not together in the search for better results than you have.

“So I wouldn’t say crisis, I would say a really bad run of results. That is obvious, we are losing too many matches.”

Though a midweek Europa League rout of Wolfsberg looked to have put the spring back in Tottenham’s step, this weekend’s result against their London rivals was just the latest of what has been a particularly disheartening run of results for the club.

Though they offered a much-improved performance in the second half, denied by the woodwork on multiple occasions, it has become an all-too-familiar sight to see Spurs – early pacesetters at the start of the campaign – coming away empty-handed.

Mourinho will be adamant that his side will not shirk focus from their top-flight pursuits, but fans could be forgiven for feeling that their easiest way into European competition next season now is to win the Carabao Cup against Manchester City in April, and earn themselves a spot in the newly-created third tier of continental football, the Europa Conference League.

This week’s reverse fixture against Wolfsberg will present another attempt to reset their form and potentially build a route back to the Champions League through Europe itself – but with every loss, Tottenham’s hopes for what began as a promising season fade into the rearview mirror once more. 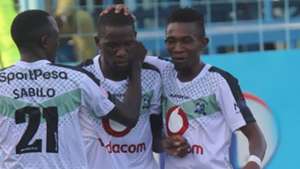