World No. 3 Dominic Thiem absolutely enjoyed competing at the Adria Tour event in Belgrade and he called it a “perfect weekend” after winning it all at the tournament. Thiem, a back-to-back French Open runner-up, edged out local star Filip Krajinovic on the clay courts of Belgrade 4-3 (2) 2-4 4-2 to win the event.

The 26-year-old returned to the courts in late-May at the Austrian Pro Series. The Austrian claimed six wins at the event and picked up one loss before he arrived to Belgrade for the Adria Tour. Thiem, who stated he would be the best prepared player in Belgrade, delivered big time and won the event.

“I played some matches in Austria, but this event was different,” Thiem said after winning the Adria Tour, as quoted on tennis.com. “We had high quality players and played in front of a huge crowd. It was my first time in Serbia and it was amazing.

“It was a perfect weekend. I’m happy with the level I played this week. I’ve been fully in practice for quite a while – I played seven matches in Austria,” he said. “But I have to say, it’s something very different with the big crowd.

You’re a little bit tight and you want to play better, because you’re not just playing for yourself, you also want to give the fans a good show. So I’m super happy that I won all of my matches”.

Dominic Thiem says it wasn’t all about winning the trophy

After making it all the way, the Austrian announced he would be donating his prize money from the win to the St.

Anna Children’s Cancer Research Institute in Vienna, as well as a brittle bone disease charity. The local fans hopes Novak Djokovic — the man behind the Adria Tour project — would win it all in Belgrade. “It’s always nice to win a trophy, of course, but that was not the main cause for me to come here,” Thiem added.

“It’s great that it ended up like that, but first of all I had a really great time here. I had an amazing weekend. It was for a good cause, too, so it couldn’t be better. So, a big thank you to Novak and his team, his family, for organizing this great event, and making the time special for us here.

“We’ve all had pretty tough times the last weeks, the last months, and we didn’t see each other. We all have a great relationship with each other, and we’ve had some great quality time together here”. Dominic Thiem didn’t lose a match eh route to winning the Adria Tour event in Belgrade.

Guardiola has lifted Bernardo Silva to another level - Nuno Gomes

Tue Jun 16 , 2020
The ex-Portugal international believes the silky playmaker has become a more complete player under the Spanish manager at the Etihad Pep Guardiola has taken Bernardo Silva’s game on to another level at Manchester City, according to former Portugal great Nuno Gomes. Silva joined City from Monaco for £46 million ($58m) in […] 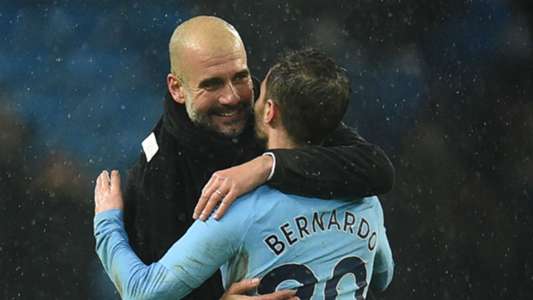