Football Kenya Federation has reacted to the move by the Confederation of African Football to ban CEO Barry Otieno and fine the body after the official allegedly tore apart PCR tests for Covid-19 before their away match against Comoros.

On Saturday, Caf issued a statement stating they had banned Otieno and Harambee Stars team manager Ronny Oyando for six months each and also fined the federation (USD 20, 000 approximately Ksh2million) for their conduct during the African Cup of Nations qualifier in Moroni.

Caf accused Otieno and Oyando of tearing apart the report which indicated four Kenyan players had tested positive for Covid-19.

FKF President Nick Mwendwa has now told Goal they will not appeal.

“It is all lies,” Mwendwa told Goal on Saturday. “Caf should have given us a chance to defend ourselves but they have already come out with a ruling.

“Secondly, we tested our players for Covid-19 before we left Kenya and they were all negative, we landed after four hours later and they now say four of our players were positive.

“Anyway, we will take the ban and fine, it is not worth appealing.”

On banning the two officials, Caf stated: “On the day of the match the General Secretary of the Comoros Football Federation came in early to take their PCR tests, and he was met with refusal from the Kenyan national team’s management, they delayed the process for three hours until they finally gave in.

“The test results arrived just a few minutes before kick-off, during warm-up, due to the said delay. The Commissioner did not get the chance to check the results himself as Barry Otieno, the General Secretary of the Football Kenya Federation, and Ronny Oyando, the Kenyan team manager disputed the results as soon as they have become aware of them and snatched them from his hands and tore them apart.

“According to the PCR tests copies that were acquired after the match, four players have all tested positive before the match yet took part in the game and risked the contamination of the opposing team as well as their fellow teammates and all officials that were involved in match 94 of the Total African Cup of Nations Qualifiers.”

Chan 2021: 'Tanzania have to change approach against Namibia' - Ndayiragije

Sat Jan 23 , 2021
The East Africans and the Brave Warriors are without a point after losing to Zambia and Guinea respectively Tanzania head coach Etienne Ndayiragije believes a change of approach is vital for his team to stand a chance of winning their Group D game in the African Nations Championship against Namibia […] 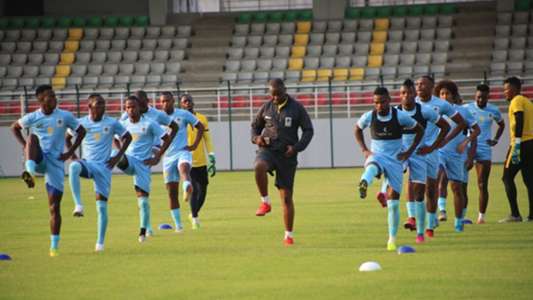