The Kino Boys have released the two in the current short transfer window as they plan to restructure for the second leg of the 2020/21 campaign. The Kinondoni-based charges have officially confirmed the latest developments.

“During this short transfer window, KMC have parted ways with their two players David Mwasa, who has been sold to Mbeya City and Salim Aiyee who has left on a mutual consent,” the club confirmed in a statement signed by the club’s communications officer Christina Mwagala and obtained by Goal.

“Salim had joined us from Mwadui FC on a two-year contract and had served us for one year and six months. His contract was bound to end in June 2021.

“On the other hand, Mwasa had joined KMC from Lipuli on a two-year deal and had served the team for just six months. His contract was to expire in June 2022.

“KMC wishes to thank the players for their contribution to the team and wishes them the best in their endeavours.”

The Kino Boys are currently placed in the 11th position on the Tanzania Mainland League table. They have played 16 games and have won six of them. Three have ended in draws while the remaining seven have ended in losses.

They have managed to score 16 goals and conceded 13, and as a result, they are on 21 points.

On Saturday, January 2, they will be playing Mbeya City, who are currently in the 17th position.

They have won just two of the 17 games they have played this season, drawing seven and losing eight. They have also scored just seven goals and conceded 20 and as a result, they are on 13 points, same as bottom-placed Ihefu who have an inferior goal difference.

Another game that will be played on Saturday is between Ruvu Shooting who will be at home hosting Mtibwa Sugar.

The administrative side are currently placed in the fifth position after collecting 25 points from the 16 games they have played.

They will be playing an unpredictable Sugar Millers, who are 10th with 22 points from 17 games played.

Sat Jan 2 , 2021
The Nigeria international has teamed up with the rest of the Hornets in training, having been on the sidelines for more than six months Watford manager Xisco Munoz has expressed his satisfaction with the progress Isaac Success is making to return to action. The centre-forward has been on the sidelines […] 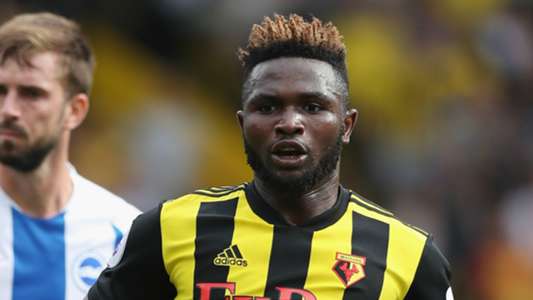