It was reported that the Rwanda international had attracted interest from the Buccaneers after his two-year deal with Tusker supposedly expired.

Mvuyekure also confirmed Pirates’ interest in his services and he explained that he was looking forward to playing in the Premier Soccer League (PSL).

However, Tusker chairman Daniel Aduda has now insisted the experienced shot-stopper’s contract with the club expires on November 30 next year.

“There is no way the player can leave as a free agent yet he has a running contract with us neither have we delayed his salaries,” Aduda said on Kenyan publication, The Star.

“The news caught us by surprise considering he has a copy of the contract and we are always ready to give printouts to our players.”

However, Aduda said that they are open to selling the 30-year-old, who has been on their books since 2018.

The club boss also urged Pirates to follow the right channel if they want to sign their player.

“We are always open to our players when it comes to deals elsewhere. In this case, we do not intend to stand in his way but the right channel must be followed,’ he added.

“Those who want his services should approach us for negotiations and I believe should we reach consensus, then we will let him go with our blessings. Heading south is a good move.”

The publication indicated Aduda confirmed they are looming talks between him and Mvuyekure’s agent to wipe out the misunderstanding regarding the player’s contract.

However, Sandilands’ contract with the Soweto giants is set to expire at the end of this month having joined the club on a three-year deal ahead of the 2017/18 season.

The 36-year-old shot-stopper has been Pirates’ first-choice keeper this season and it remains to be seen whether the club will extend his contract.

The coronavirus pandemic has led to the suspension of the 2019/20 PSL season since mid-March 2020.

Thu Jun 18 , 2020
Date published: Thursday 18th June 2020 9:08 Sporting Braga are set to offer Josh Hawkes a huge chance to make his next move to Portugal, TEAMtalk understands. The highly-rated Hartlepool United attacking midfielder is a target for a host of clubs in the UK from the Premier League down to […] 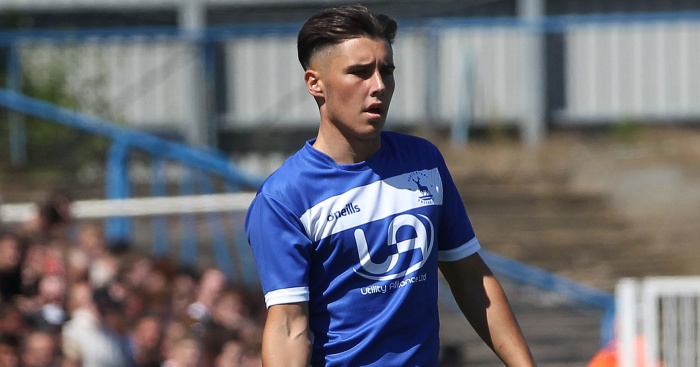