Shkodran Mustafi’s immediate future lies at Arsenal, manager Mikel Arteta has said, with the Gunners boss having no plans to offload the Germany international in the January window despite a lack of playing time.

Mustafi has taken in just 43 minutes of Premier League football this season across three appearances, although he has completed three full Europa League matches as he heads towards free agency in the summer.

Despite the 28-year-old’s precarious contract situation, however, Arteta insists the centre-back is still in contention to start for the club, with Sokratis Papastathopoulos expected to move on this month and William Saliba having been sent out on loan.

“His future right now is here,” the Arsenal boss said. “Trying to help. We have Papa that probably is going to leave the club this window, we have William that has already gone on loan. So we don’t have that many right now.

“Gabriel [Magalhaes] has been out for a period, David [Luiz] has been injured, so the situation is completely different to before.”

Detailing why Mustafi has featured so sparingly in the 2020-21 season, Arteta added: “Well Musti came back from a really difficult injury when he got injured at the end of last season.

“After that period he was doing really well. I think his performances were increasing and getting better and better.

“And when he came back that’s when we had seven or eight central defenders. So he had to get his performance level up.

“I think physically he still needed some time. Then he started to play some games in Europe which I think he did well as well.

“And now it’s about, yeah, when do you make the next step to be the starter? And the reality is that we have to change that for different reasons, use different personnel.

“He’s been very close in a few games. But now we’ve found as well a partnership (Rob Holding and Pablo Mari) that is giving us clean sheets, and sometimes when you do that it’s difficult to change. But he’s still in contention.”

Arsenal return to Premier League action on Thursday evening with a home date against Crystal Palace.

Thu Jan 14 , 2021
The Slum Boys and K’Ogalo will meet for the first time this season after both suffered defeats in their last games Mathare United forward Daniel Otieno has warned his teammates from underrating struggling Gor Mahia. The Slum Boys will face the champions in their second Football Kenya Federation Premier League […] 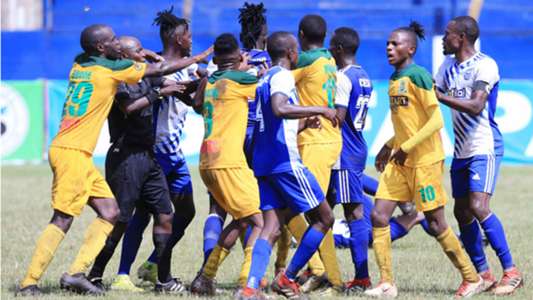