Sergio Lobera’s Mumbai City are set to face FC Goa for the second time this season in the 2020-21 Indian Super League (ISL) on Monday. The Islanders are at the top of the league table after 15 matches with 33 points in their pocket. They are up against a team who are remarkably third and in the hunt for the top four despite their head coach and several key players leaving the club last season.

The pre-season for the 2020-21 campaign was an uncertain period of Goa supporters. They had no idea what to expect from the team.

Sergio Lobera, who had taken the team to new levels and helped them clinch a first-ever AFC Champions League spot by finishing at the top of the league table, was sacked before the season ended. He joined Mumbai City as head coach in the summer and several key players, such as Ahmed Jahouh, Hugo Boumous, Mourtada Fall and the then club captain Mandar Rao Dessai, followed the gaffer to his new club.

To lose a coach to a fellow ISL club is huge but to lose multiple key players also is even harder to accept for the supporters. Boumous was the club’s star of the season with an incredible return of 11 goals and 10 assists in 15 matches as the Gaurs topped the league table.

But ahead of Goa’s tie against Mumbai City, when Lobera takes a look at the Gaurs’ last starting lineup, he will only find only one recognisable face, who was a regular during his tenure at the club.

Full-backs Saviour Gama, Seriton Fernandes and midfielder Edu Bedia are the last remaining pieces of the FC Goa team that Lobera built. Ferrando has come in and revamped the side to suit his methods and has found moderate success, albeit not without issues and injuries, at the club. However, amongst the three, only Fernandes was a regular under Lobera in the starting XI.

Igor Angulo, who replaced Ferran Corominas, already has 10 goals in 14 matches this season. The midfield once bossed by Ahmed Jahouh is currently managed by Alberto Noguera and Edu Bedia whose influence had waned over time under Lobera.

With Brandon Fernandes injured, the creative mantle has been taken up by the likes of Jorge Ortiz and Noguera. Ortiz has the flair to create something out of nothing and Noguera has registered six assists in ISL so far, which is currently the joint-highest tally alongside that of Boumous.

Lenny Rodrigues, who also played a key role in midfield under the former gaffer, has left the club to join ATK Mohun Bagan. In his place, the Gaurs have brought in the young Indian talent of Amarjit Singh. And in goal, Mohammad Nawaz is out in the cold ahead of a summer move out of Goa and another youngster Dheeraj Singh has joined as Ferrando’s custodian.

Jackichand Singh, who had a key role in two out of three seasons with Lobera, has been replaced by former Chennai City winger Alexander Romario who has slotted in seamlessly and looks very impressive out on the right flank. The Manipuri winger has, in fact, re-connected with Lobera at Mumbai City in the January transfer window.

The youngsters at FC Goa also are beginning to feature a lot more, as part of Ferrando’s policy. Princeton Rebello has already started eight games for the club and Gama, who had one start last season, has started every game under Ferrando.

Lobera has had a major impact at FC Goa without a doubt. However, this FC Goa is Ferrando’s team through and through as the entire set of players have changed.

The system has produced mixed results so far – they are unbeaten in eight games but have registered four draws in a row. But they are very much in the race for the play-offs and that’s where the fans want them to be at this stage of the season. The jury is still out but they are in desperate need for results if they are to make it into the play-offs. And the first step to do so would be against league leaders Mumbai City FC.

Sun Feb 7 , 2021
With only four matches to go in the league stage, Antonio Habas’ side are slowly hitting the top gear to go all the way… ATK Mohun Bagan have scored seven goals in their last two matches. Although they did play against teams from the bottom half of the Indian Super […] 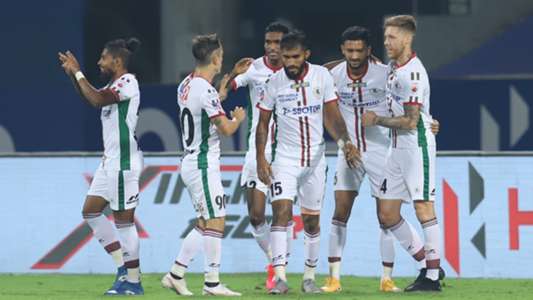