Having fallen well off the pace in the Premier Soccer League, the Champions League offers the Glamour Boys a chance at redemption this season

Kaizer Chiefs defender Ramahlwe Mphahlele says Amakhosi are determined to use the Caf Champions League as a springboard to get their season back on track.

He also says that success in Africa would help erase the memories of last season when the Soweto side was pipped to the domestic league title by Mamelodi Sundowns on the final day of the 2019/20 campaign.

Looking to book their spot in the Champions League group phase, the Glamour Boys need a score draw or a victory against Angolan champions Primeiro de Agosto at the Estadio 11 de Novembro in Luanda on Tuesday evening.

“Everybody is aware of the importance of this game and everybody is aware that we need to start the new year with a win and carry on from there,” said Mphahlele, who has been skippering the side of late.

“Everybody is in the same boat, we know it’s important to get through to the group stage so we can compete with the best of Africa.

“The guys are looking forward to it,” he continued. “We’ve spoken about it since last season – as much as we didn’t win the league, but the team is in the Champions League which is something we really want to explore. And the coach is prepared to go the extra mile in this competition.”

Having ended 2020 with a 0-0 draw against Primeiro de Agosto in Johannesburg, which left them with just three wins from 14 matches in all competitions this season, Chiefs are determined to come out firing in the new year.

“We know it’s a very important game for us and we started training last year already preparing for this game. The team is looking good, the boys came back (from the break) and were looking sharp,” Mphahlele said.

“We know it’s going to be very difficult. As much as we had a good game against them at home, I think we should have won easily. But it is what it is. It’s a whole new game now because they are playing at home and they are going to come at us.

“But I think we have a big chance to go to the group stage and that is what we came here for.”

Chiefs will be hoping that the return of Samir Nurkovic to the squad will help them solve their goalscoring challenges.

But while Nurkovic is back, two veterans – goalkeeper Itumeleng Khune and midfielder Willard Katsande, have not traveled to Angola.

The match is set for a 4 pm kick-off, Angolan time, which is 5 pm in South Africa.

Hoffenheim’s Akpoguma set for spell on sidelines after muscle injury

Tue Jan 5 , 2021
The Nigeria international will be out of action for a couple of weeks following the injury he suffered against the Breisgau Brazilians Hoffenheim have confirmed Kevin Akpoguma will spend time on the sidelines after suffering a muscle injury against Freiburg. The 25-year-old only featured for 17 minutes in their 3-1 […] 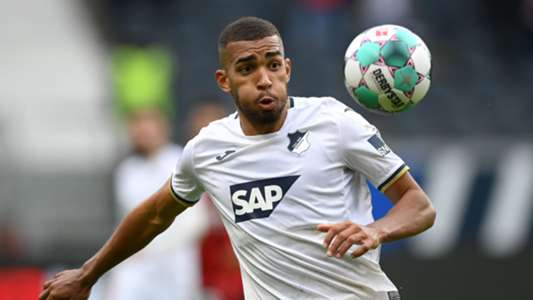