Aurier is in line to make his 12th league appearance of the season as Spurs aim to grab maximum points at home after conceding back-to-back losses in the English top-flight.

Last Thursday during Tottenham’s 3-1 loss to Liverpool, Aurier was reported to be in hot water after he stormed out of the Tottenham Hotspur Stadium at half-time and he was consequently missing at Brighton.

Following their 1-0 defeat to Brighton & Hove Albion on Sunday, Mourinho said the Ivory Coast captain’s absence at the Amex Stadium was a technical decision.

Ahead of the encounter against Thomas Tuchel’s side, the Portuguese manager stated that the 28-year-old defender is in good condition and will return to his team while 16-year-old Alfie Devine who was an unused substitute at Brighton drops to the academy.

“Yeah, yes Serge is fine. He’s the only player back to the group,” Mourinho was quoted by Football London. “He’s the only one so it’s Alfie Devine that leaves the group.

“In spite of working with us, he and Dane Scarlett now they work with us every day, now they go back to the academy to play, in this case Devine will not be involved because Serge will occupy his place in the squad.”

When Mourinho was quizzed further about Aurier’s absence in their last game, he said: “No, no, no, not injury.”

Tottenham are sixth in the Premier League table, level on 33 points with seventh-placed Chelsea who have played a game more than them.

Wed Feb 3 , 2021
NorthEast United are eyeing the record of four consecutive wins in competitive matches for the first time in the club’s history… NorthEast United and FC Goa, both with 21 points from 14 games, head into a 2020-21 Indian Super League (ISL) fixture against each other at the Tilak Maidan in Vasco, on […] 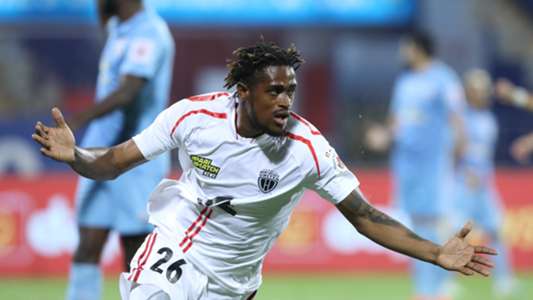