Jose Mourinho had a humbling night on Thursday as Thomas Tuchel matched his own benchmark as Chelsea manager while handing out a historic defeat to the Tottenham boss.

Jorginho scored the only goal of the game from the penalty spot after Eric Dier needlessly fouled Timo Werner in the area.

The result took Chelsea up to sixth in the Premier League, three points clear of Spurs but having played a game more.

Spurs had also lost their last home game when they were seen off 3-1 by Jurgen Klopp’s Liverpool.

It was the first time in Mourinho’s entire managerial career that he has suffered back-to-back home league defeats, an incredible run spanning 326 home league games at eight different clubs.

Earlier in his career, Mourinho’s home record at Chelsea was without compare, as he started an 86-game unbeaten run at Stamford Bridge.

New Blues boss Tuchel has gotten his own tenure off to a good start, with two wins and a draw from his first three matches. He has also become the first Chelsea manager since Mourinho in 2004 to keep a clean sheet in each of his first three league games.

It was a clean sheet which never looked like being sullied, with Chelsea much the better side despite the narrow scoreline. Edouard Mendy had little to do and saw Carlos Vinicius head narrowly wide late on from Tottenham’s best chance.

The game added to a miserable run for Mourinho against his former side. He hasn’t won any of his last seven games against Chelsea, drawing three and losing four.

It is his joint-longest winless run against any opponent in his managerial career, matching another spell of seven games without a win against Barcelona between 2011 and 2012 while manager of Real Madrid.

The game also underscored the importance of absent striker Harry Kane, missing after picking up a pair of ankle injuries in the defeat to Liverpool.

Spurs have lost four of their last five league games in which Kane hasn’t played, drawing the other, with two of the four defeats coming against Chelsea.

Tottenham host West Brom on Sunday before an FA Cup trip to Everton and an away fixture against Manchester City.

Thu Feb 4 , 2021
The Portuguese was unhappy with the match official after seeing his side lose their third game in a row Jose Mourinho has criticised Andre Marriner for giving Chelsea their winning penalty against Tottenham, admitting he “didn’t like” the referee’s performance. Tottenham slipped to eighth in the Premier League standings after […] 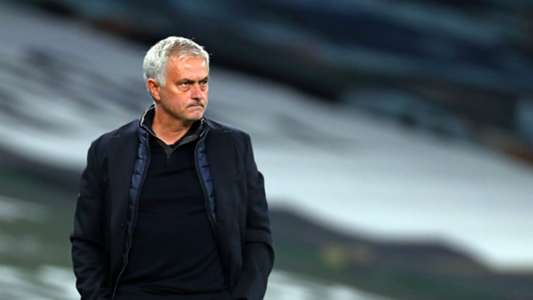