Tottenham boss Jose Mourinho says he did not play Gareth Bale against Burnley through fear of taking one of his more defensive players off the field.

Spurs edged a tight affair with the Clarets 1-0 at Turf Moor thanks to Son Heung-min’s accurate header.

Indeed, the forward combined with Harry Kane once again to deadly effect to hand the visitors a crucial win, with a clean sheet to boot.

However several Spurs stars did not feature, Wales international Bale and Sergio Reguilon among them. Speaking after the game, Mourinho insisted that he wanted to protect his side’s narrow lead.

“In the second half the game was much more under control and it gave me some question marks and doubts that I was discussing with Joao and Ledley (his assistants),” the manager told Sky Sports.

“This is the kind of match where if you take too many risks, you can lose it.”

Asked if that was the reason why Bale did not play, Mourinho said: “It’s not just about Bale, but I thought of many occasions of bringing Reguilon to the game because he’s very fast through the corridor.

“I thought many times about playing (Giovani) Lo Celso together with Ndombele. That would mean to lose Ben Davies, lose (Moussa) Sissoko.

“When you lose aerial power against Burnley instead of winning, instead maybe you lose.

“This is the way they do it and when they take the game to the way they want they are also close to winning from a set-piece in a long ball to the box.”

Spurs‘ latest win means it is three away victories in the Premier League this season.

However, Mourinho admitted frustration at the fact that his side’s home form has not matched up.

He said: “It’s incredible, three matches away nine points. But it’s also incredible that playing so well against West Ham and Newcastle that we have only two points in three matches at home.”

Kaze impressed with Yanga SC start, warns ‘more is yet to come’

Tue Oct 27 , 2020
The Burundian tactician assures fans he is happy with the good start but says they are still working to improve in some areas Young Africans (Yanga SC) coach Cedric Kaze says he is happy with his first two matches in charge of the club but has promised more is still to […] 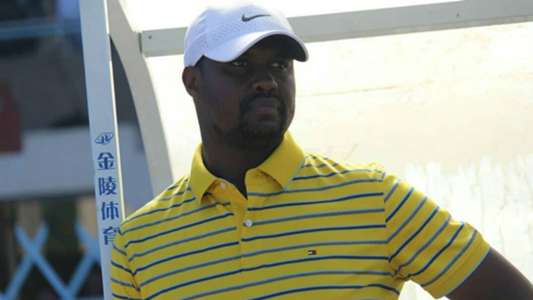