The Portuguese believes anything is still possible this season, with there little to separate the Champions League spots from those in mid-table

Jose Mourinho believes Tottenham remain in the hunt for a top-four finish this season despite slipping to ninth on the back of a disappointing run of results.

Spurs have come unstuck in four of their last five Premier League outings, leading to them falling off the pace in a battle to secure Champions League qualification.

There is, however, little to separate the European contenders from those in mid-table and there remains all to play for in north London as Mourinho’s men enter their final 15 games.

“Like it happened last season, let’s keep it going until the end and let’s see what the table will give us.

“In the end, the table always gives you what you deserve and it’s very premature to think about the definition of the table.

“We have one match in hand. I know already because Southampton has to play the quarter-final of the FA Cup in the same weekend we should play – I know already we are not going to play that match.

“It’s very complicated so we have to fight and we have to wait until the last match to see what happens because anything can happen.

How many points separate Spurs from the top four?

Tottenham may be some way down the Premier League standings, but they are only six points adrift of fourth-placed Chelsea.

They also boast a game in hand on all of the top six, meaning that forward momentum could be established.

Spurs supporters had been hoping for much more this season, with Mourinho’s men topping the table at one stage, but they can still finish with a flourish.

Questions have been asked of Mourinho’s future over recent weeks, but the Portuguese is expected to at least see the season out before any drastic decisions are taken.

He could end the campaign with long-awaited silverware landed at Spurs, with a date already booked with Manchester City in the Carabao Cup final.

Positive progress is also being made in the Europa League, after a 4-1 win over Wolfsberger in the first leg of a last-32 showdown, and Mourinho’s track record suggests that he is perfect candidate to deliver tangible success.

Salah stay at Liverpool not down to top-four finish, Barnes claims amid Real Madrid rumours

Fri Feb 19 , 2021
The Reds legend can see heads being turned regardless of what happens from this point, with transfer talk part of modern football Liverpool legend John Barnes says any future calls made by the likes of Mohamed Salah this summer will not be impacted by the final Premier League standings, with […] 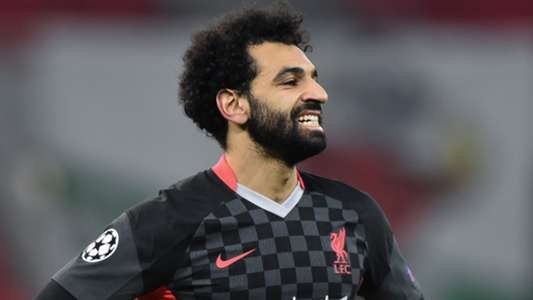