Spurs dropped further out of title contention with yet another loss, following Thursday’s defeat against Liverpool

Tottenham boss Jose Mourinho was upbeat on Sunday despite seeing his side go down to their second Premier League defeat in the space of just 72 hours.

Having lost to Liverpool 3-1 on Thursday, Spurs came unstuck again on the south coast as Brighton secured a vital 1-0 win to move seven points clear of the relegation zone.

Leandro Trossard scored the only goal of an entertaining match, while Graham Potter’s charges might have doubled their lead late on were it not for a wonderful goal-line block from Toby Alderweireld to deny the hosts.

Spurs now lie sixth in the Premier League standings, having won just twice in their last nine outings and missing the form that saw them touted as possible title contenders back in December.

But Mourinho was able to see the positives after the match, even if he was frustrated by his side’s subdued start to the match which cost them the goal.

“We didn’t start well. They could have scored immediately when they hit the post,” he explained to  BBC Sport   after the final whistle.

“In the first half I felt the team was probably too sad with the goal conceded and the situation. There was a lack of energy. In the last 25, 30 minutes they gave everything but of course with some limitations. We couldn’t score but at the same time gave them the chance to counter-attack.

“The boys showed great spirit in the second half and the boys showed they are suffering and they tried to fight against that sadness.

“They tried, so I have nothing negative to say about them. I leave the game with a good feeling about my boys because they tried hard in the second half.

“We tried everything but they defended everything, brought on another centre-back, and it was not possible for us to score.”

Mourinho’s adversary Potter, on the other hand, could not hide his delight at what he described as Brighton’s finest performance for quite some time.

“It’s our best performance this season and last. From start to finish we did what we needed to do, created some chances, scored a really good goal, good attitude around the pitch, good quality, against a top opponent but I thought closer to a 2-0 than a 1-0. I am really proud of the players,” the Seagulls manager beamed to BBC Radio Five Live.

“You always think do you need a second goal? It’s football, anything can happen. 1-0 tells us a lot about the team’s character, it’s an important win for us.

“Another clean sheet is a positive and I don’t have to answer questions about our run at home! We are in a good moment but we know we have to play well against Liverpool.”

Sun Jan 31 , 2021
The president says that it is beyond comprehension why Les Bleus would overlook the Lyon-born ace Real Madrid president Florentino Perez has complained that Karim Benzema’s absence from the France national team has been a “huge waste”. Benzema has not featured for France since 2015, when he was accused of […] 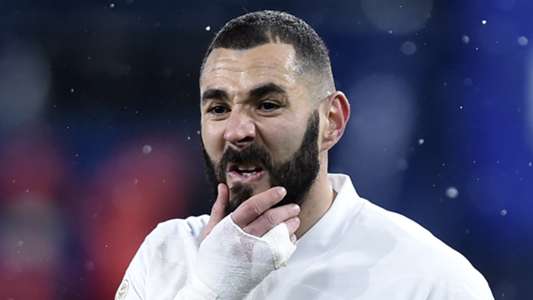