Tottenham Hotspur manager Jose Mourinho has described Serge Aurier’s omission from their 1-0 defeat to Brighton & Hove Albion as a technical decision which he is happy to have made.

Aurier is said to be fighting for his Spurs future after he reportedly stormed out of Tottenham Hotspur Stadium on Thursday following his substitution at half-time in their 3-1 loss to Liverpool.

The Ivory Coast defender did not make the trip to Brighton on Sunday and Moussa Sissoko was drafted to the right-back position in his absence.

Leandro Trossard’s 17th-minute effort separated both teams at the Amex Stadium, but Mourinho expressed his satisfaction with Sissoko’s impressive performance in an unusual spot.

“It’s a technical decision, and I’m happy with the decision because Moussa played very well,” Mourinho was quoted as saying by Football London.

Aurier has featured in 11 Premier League matches this season and he has two goals to his name – which came against Manchester United and Sheffield United.

Despite the uncertainty around Aurier’s future with the European transfer window set to close on Monday, the Portuguese tactician said he is not expecting any departures from his team.

Tottenham, however, have conceded back-to-back league defeats and it remains to be seen if the 28-year-old defender will make a return to Mourinho’s squad when they host Chelsea for their next Premier League fixture on Thursday.

Spurs are sixth in the Premier League table with 33 points after 20 matches.

Crouch offers his services to Liverpool as ‘unconventional’ centre-half option

Mon Feb 1 , 2021
The former Reds frontman is waiting by the phone as Jurgen Klopp seeks to bring fresh faces into his squad on deadline day Peter Crouch has offered his services as an “unconventional” centre-half option for Liverpool, with Jurgen Klopp still in the market for defensive additions on deadline day. Various […] 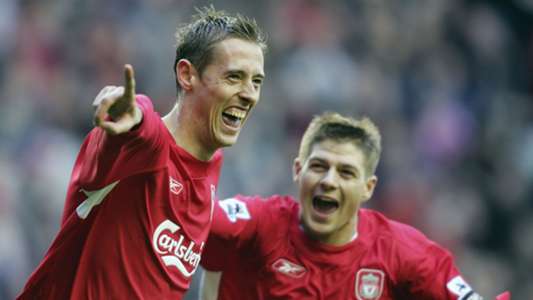