Tottenham fell to a 3-0 loss to Manchester City, and are in eighth place in the table

Jose Mourinho has pointed to fatigue and the concession of a “modern penalty” as contributing factors in Tottenham’s loss to Manchester City.

Spurs held their own for 20 minutes, but fell behind to a Rodri penalty after Pierre-Emile Hoejbjerg had fouled Ilkay Gundogan in the box.

Gundogan’s two goals in the second half sealed the win for City, but Mourinho felt things could have turned out different had the penalty not been awarded and Harry Kane’s free-kick gone in rather than crashing against the post.

“It is a fresh team against a very tired team, but a team which started the game very well with the game completely controlled,” Mourinho told Sky Sports.

“We hit the post, 1-0 that could give us that fuel you need when you are especially tired like the boys were.

“And then one more of these modern penalties, to put us in a difficult situation.”

What is a modern penalty?

Understandably, Mourinho was asked for his interpretation of a “modern penalty”.

“A modern penalty is one even if you touch with a nail inside the box it can be a penalty.

“For some you touch with a nail and it is a penalty and you go to the VAR and you cannot deny there was a touch.”

What does the defeat mean for Spurs?

The loss leaves Spurs in eighth in the Premier League table, four points behind Liverpool in fourth. Had they take a point they would have been within three points of the Reds with a game in hand.

Mourinho once again praised his players for the willing attitude they showed in defeat.

“I am very happy with the players’ attitude,” he said. “I had guys on the pitch who played two hours a couple of days ago. They gave everything. We had guys in difficulty.

“A team that is not united, not together would be punished. But I saw guys giving everything so I have nothing to say against my players despite a couple of defensive mistakes that are always present.”

The Portuguese can point to fatigue after losing after extra time in the FA Cup to Everton on Wednesday, but it is five defeats in six in all competitions and a positive attitude can only get Mourinho and his players so far.

Sat Feb 13 , 2021
The diminutive player will now face the Buccaneers after his side was eliminated from the Caf Champions League by Mamelodi Sundowns last month Jwaneng Galaxy central midfielder Ricardo Lourenco says Orlando Pirates’ current form doesn’t matter ahead of their Caf Confederation Cup clash on Sunday. The Buccaneers will be looking […] 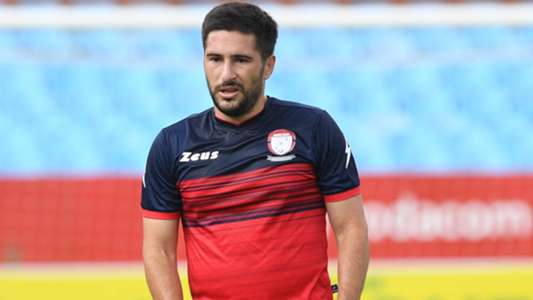