The England international is aware of he needs to create better end product, and is taking lessons from his current club boss

Mason Mount is eager to emulate the achievements of his current manager, Frank Lampard, with the Chelsea star determined to become a goal-scoring and trophy-collecting midfielder.

As a playmaker most at home in the No.10 role, a Stamford Bridge academy graduate is expected to deliver end product in the final third of the field. He is, however, still learning his trade at 21 years of age and is far from the finished article.

Mount, with six goals to his name in what has been a breakthrough campaign for him on a Premier League stage in 2019-20, is aware of the need to add more attributes to his game. Fortunately for him, in Blues boss Lampard – who he also worked with during a loan spell at Derby last season – he has the perfect mentor.

The man now calling the shots in west London was once one of the most productive midfielders in world football, while his distinguished CV includes three title triumphs and a Champions League crown.

Mount is hoping to scale similar heights in the future, with the England international telling Chelsea’s official website: “I’m very lucky to have worked with Lampard at both Derby and then at Chelsea this season.

“The manager has been great with me. He’s always giving me little bits of advice and he’s just been encouraging me to keep learning and to keep growing as a player.

“I’ve loved every minute of this season so far and hopefully we can come back and end it on a high now.

“I’d love to add more goals to my game, like Frank did when he played for Chelsea. If I could make even half of his goals then I’d be very happy! He was so dominant as a goalscoring midfielder. I’d also like to be successful like him in terms of trophies won.

“As young players coming through, you dream of lifting silverware and that’s no different to this team. We want to win trophies and having seen the Chelsea team when Lampard was playing, that’s something we can aspire to.”

Chelsea, who will return to Premier League action on June 21 with a trip to Aston Villa, remain in the hunt for a top-four finish and FA Cup glory this season, with their Champions League dreams seemingly dashed by a 3-0 defeat to Bayern Munich in the first leg of their heavyweight last-16 showdown.

Fri Jun 12 , 2020
Date published: Friday 12th June 2020 11:47 Arsenal could be ready to sacrific popular star Hector Bellerin this summer, as Mikel Arteta looks to bolster his squad with new signings. The Gunners are expected to have to sell before they can buy, due to financial constraints brought upon by the […] 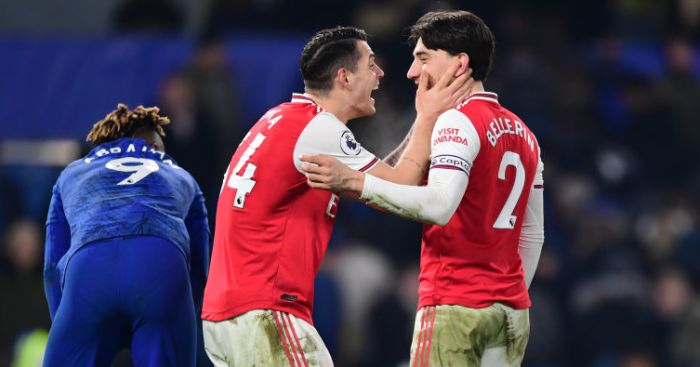