Zamalek have confirmed Mostafa Mohamed’s departure to Galatasaray after accepting a one-and-a-half-year loan offer from the Turkish club.

The Egyptian Premier League giants disclosed that the deal will run through till June 2022 with Mohamed set for his maiden adventure outside the shores of Africa.

Zamalek will earn $2 million for the loan and Galatasaray will need to pay $4 million if they activate the purchase clause to make the move permanent before December 31, 2021.

The Super Lig giants won the race to sign the 23-year-old after Zamalek’s talks with Ligue 1 club Saint-Etienne broke down due to ‘misunderstanding’ between both parties.

“The committee in charge of managing the Zamalek club, headed by General Counsellor Imad Abdel Aziz Helmy, agreed to loan the player Mustafa Mohamed, the striker of the first football team of the club, to the Turkish Galatasaray team for a period of one and a half years, starting from today January 28 until the end of June 2022,” the club statement read.

“This came in response to the player’s desire to become professional and the club’s management was keen not to stand in front of his ambitions to realize the dream of European professionalism.

“The contract includes the Zamalek club obtaining $2 million, to be paid in cash, and in the event that the club wants to buy the player’s card permanently and the Zamalek club agrees to that, the Turkish club pays $4 million in cash, provided that this item is activated no later than December 31, 2021.

“The club in charge of managing the club expressed its wishes that the player would be the best ambassador for Zamalek club and Egyptian football in European stadiums.”

Last season, Mohamed enjoyed a fine goalscoring run with 20 goals across all competitions as Zamalek won the Caf Super Cup.

He missed the White Castle’s 4-1 win over Misr Lel Makasa on Thursday, but he has two goals already to his name this campaign after four league appearances.

'I hated every minute of it!' - Chelsea showed 'no purpose' in Tuchel's first game, says Cascarino

Thu Jan 28 , 2021
A former Blue wasn’t impressed with the German’s possession-based tactics against Wolves at Stamford Bridge Chelsea showed “no purpose” in Thomas Tuchel’s first game in charge, says Tony Cascarino, who says he “hated every minute it”. Tuchel was drafted in to replace Frank Lampard in the Stamford Bridge dugout at […] 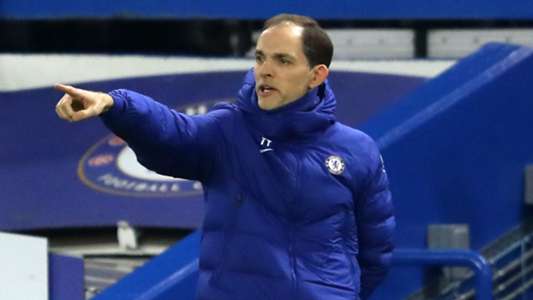