Mostafa Mohamed scored a late match-winning goal for Galatasaray in their 2-1 win over Kasimpasa on Sunday.

The Egypt youth star, who joined Fatih Terim’s side on a temporary deal from Zamalek on February 1, took his tally to three goals after three appearances in the Turkish Super Lig.

While his goal was not enough in Tuesday’s cup defeat to Alanyaspor, the 23-year-old inspired the Lions back to winning form.

Sunday’s outing was the third time Mohamed helped Galatasaray seal maximum points after he scored the only goal in their derby win over Fenerbahce last Saturday, and his goalscoring league debut against Istanbul Basaksehir a fortnight ago.

Kerem Akturkoglu got the hosts off to a flying start at the Turk Telekom Stadium in the ninth minute but his lead was cut short by Isaac Thelin’s 51st-minute equaliser for Kasimpasa.

With the game heading for a draw, Galatasaray were awarded a penalty at the death and Mohamed stepped up to win the match for the Lions from the spot in the 89th minute.

The 23-year-old was in action from start to finish alongside Nigeria midfielder Oghenekaro Etebo, while Henry Onyekuru came on as a 71st-minute substitute.

Prior to his European sojourn, Mohamed was a prominent fixture in the Zamalek squad and he was the top scorer in the 2019-20 Caf Champions League with nine goals in 10 matches, as the Egyptian outfit finished as runner-up behind Al Ahly.

Galatasaray are on a six-game winning streak in the Super Lig and they will be aiming to extend the fine form when they host Alanyaspor on February 20.

Although they are level on 51 points with Fenerbahce, they sit at the top of the table with a superior goal difference.

Sun Feb 14 , 2021
Masandawana faced two tragedies within three weeks towards the end of 2020 as two of their defenders lost their lives in motor vehicle collisions Mamelodi Sundowns and Stellenbosch FC will line up in front of the Premier Soccer League’s Disciplinary Committee on Monday after having been charged with interrupting a match […] 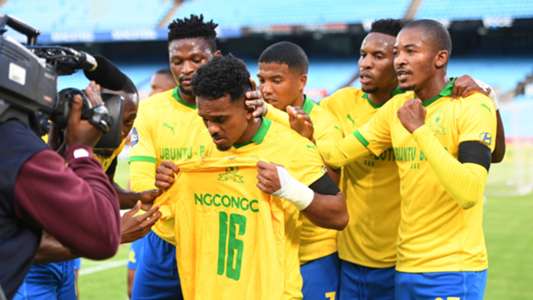