The Barcelona star thinks that however professional referees might be, they unconsciously favour Zinedine Zidane’s side

Gerard Pique thinks referees in La Liga favour Real Madrid, however professional they might be.

The Barcelona defender, never afraid to speak his mind, also spoke about Barca’s decision to let Luis Suarez leave for Atletico Madrid and his relationship with Real captain Sergio Ramos.

Accusations of favouritism from officials are nothing new in the Clasico rivalry, and Pique himself has complained about it in the past.

“The other day a former referee said that 85 per cent of the referees are from Madrid,” Pique said in an interview with Post United.

“I respect the professionalism of the referees and I know they try to do their best job, but when a moment of doubt comes…”

So far this season, Madrid and Barca have near-identical disciplinary records in the league, with both teams receiving 36 yellow cards and Madrid seeing one red. In 2019-20, Madrid received 72 yellows to Barca’s 83, with both teams having three players sent off.

Things are just as turbulent off the pitch as they are on it for Spain’s biggest clubs right now, with the futures of iconic players in question.

Goal exclusively revealed that Lionel Messi has not held talks with any other clubs despite being free to discuss a contract elsewhere, while Madrid captain Ramos is engaged in a contract stand-off with his club.

“I talk to him, but not about his renewal,” Pique said of Ramos. “We get along very well. With Madrid, the relationship is very good.

“I have swapped shirts with them and I have Madrid shirts at home. I have Cristiano [Ronaldo], [Karim] Benzema, Ramos… a few. But putting one on is too far for me.”

Ramos and Messi’s decisions will no doubt dominate headlines for months to come, but Pique does not agree that players hold excessive power in the modern game.

“I don’t think so. They have stature and can give their opinion and, from there, decisions can go one way or another,” he said.

“When you have a board of directors or a president who is very strong, who have clear ideas, the player has little to say.

“Sergio is an example, with the contract talks he is having: when there is a strong president who makes a decision and wants to take that path, the players can’t do much.”

Some of Barca’s squad are still reeling at the decision to allow former star striker Suarez to leave the club this summer. Suarez is top goalscorer in La Liga with 14 goals in 16 appearances, and Atletico are 10 points clear of second-placed Barca with a game in hand.

“Ask the one who let him go,” Pique commented. “That’s not my fault.”

Thu Feb 4 , 2021
The Blues will be looking to do the double against their southern counterparts in order to move within a point of the top four Bengaluru will be bouyed by their first win in nine games but Chennaiyin will be boosted by the return of Enes Sipovic while Manuel Lanzarote is expected to […] 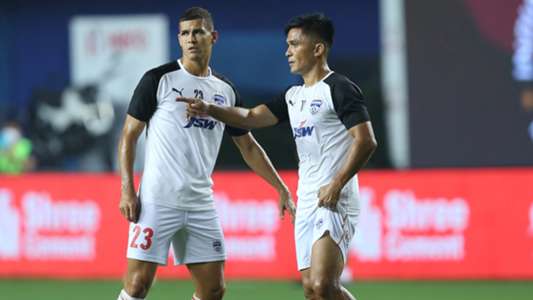