Pitso Mosimane’s Al-Ahly will be made to wait to play the Caf Super Cup final against Morocco’s Renaissance Berkane after the Confederation of African Football confirmed to Goal that no date had been set for the match.

Confirmed/Exclusive: Despite reports, particularly in the South African media, that @AlAhly and Pitso Mosimane are gunning for the Caf Super Cup against RS Berkane on Weds 17 Feb, @CAF_Online confirmed to me this morning that no date has been set for the fixture. pic.twitter.com/epECOwQYYw

The 2020-21 edition will be contested between Ahly, following their Caf CL triumph against SC Zamalek, and Berkane, who defeated Egypt’s Pyramids in the final of the continent’s secondary club competition in October.

The match had originally been scheduled for February 17, but despite reports in the South African press that the contest will go ahead as planned, Caf have confirmed to Goal that the original date will not be honoured.

“The date is not out yet,” a source at the confederation confirmed on Sunday, dispelling any notion that Ahly could complete their trophy haul this week.

The Red Devils have won a domestic double since Mosimane took over last year—clinching the Egyptian Premier League and the Egyptian Cup—and duly added another record-extending Champions League title to their haul.

They recently competed in the Club World Cup, having qualified for the tournament as Africa’s champions, and finished third after defeating Brazil’s Palmeiras in the third-placed playoff.

Ahly had been defeated by Bayern Munich in the semi-final, having dispatched Al-Duhail of Qatar in their opening fixture.

The campaign had been Mosimane’s second in the Club World Cup after he qualified with Mamelodi Sundowns in 2016.

The 2021 Super Cup had originally been scheduled for August 2020 in Qatar, with a date between the 14th and the 16th mooted.

However, the coronavirus pandemic and its impact across Africa meant that the latter stages of both the Champions League and the Confederation Cup were postponed, meaning that the original timescale could not be honoured.

Following the finals of the continental competitions, Caf opted to move the final to Cairo with a December date, although Morocco’s Berkane felt a non-neutral venue would not be appropriate.

While a return to Qatar, and a February date, had been expected to go ahead, Caf’s latest declaration means the one-off exhibition game has been plunged into uncertainty.

Sun Feb 14 , 2021
The Bees remain in second place on the table after their long run since their last defeat came to an end at home against the Reds Clarke Oduor was an unused substitute as Barnsley ended Brentford’s 22-match unbeaten run after emerging 2-0 victors in their Championship game staged at the Brentford […] 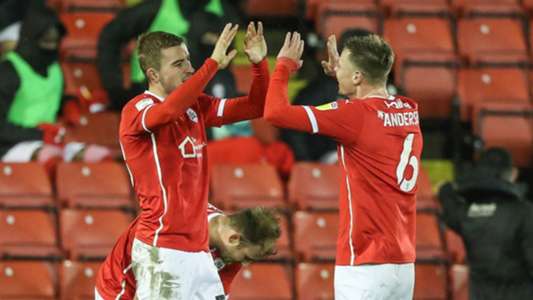